It was October 1941 and J. Edgar Hoover had just received a strange bit of war intelligence. A secret German air base was being built in the Amazon. This was particularly worrisome, since such an airfield could be used to launch a secret Luftwaffe attack on the strategic Panama Canal. This idea did not come out of the blue. Americans were at the time very concerned about German influence in South America. To monitor potential fascist agents, the Federal Bureau of Investigation collaborated with a Brazilian agency, the Departamento de Ordem Política e Social (Department of Social and Political Order, Brazil’s version of a secret police). 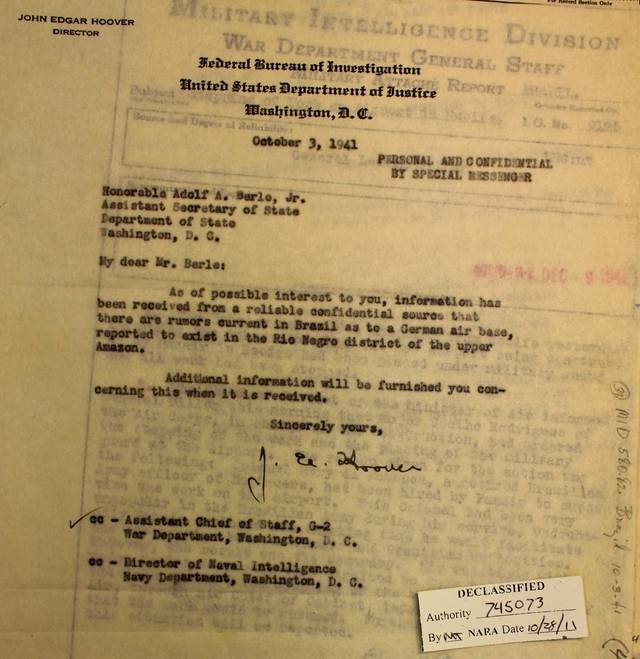 Then later another piece of evidence was received by US Army intelligence. There were reports that a large amount of fuel was seen sailing up the Beni River, in Bolivia. Gasoline was very much rationed and in short supply during the war, so the the great quantity of canisters flowing by in a river in Bolivia easily called a lot of attention. The ship was sailing towards the Amazon—could the fuel be for the secret air base? 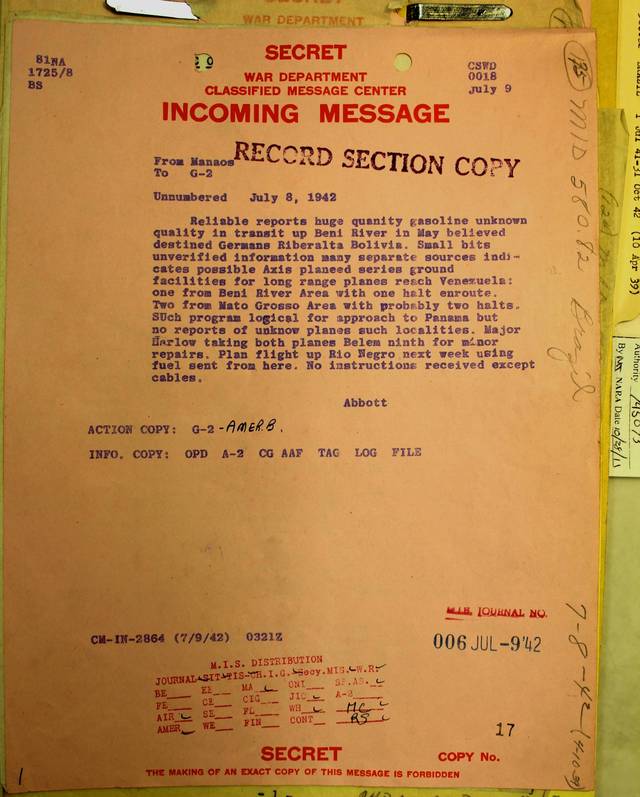 The issue was investigated. The army played down the rumors, deciding that it was unlikely that so much material could be accumulated there. But alas, a surprise! The suspected culprits behind the secret scheme were … Nazi monks! According to this report, a group of German monks living in the Amazon were suspected of stockpiling fuel and materials for a secret Luftwaffe base.

It seems that ultimately, military leaders decided the scheme was not possible. But still, throughout the war, the US military kept an eye out for German infiltrators in South America—leaving historians with many spy stories to read through. 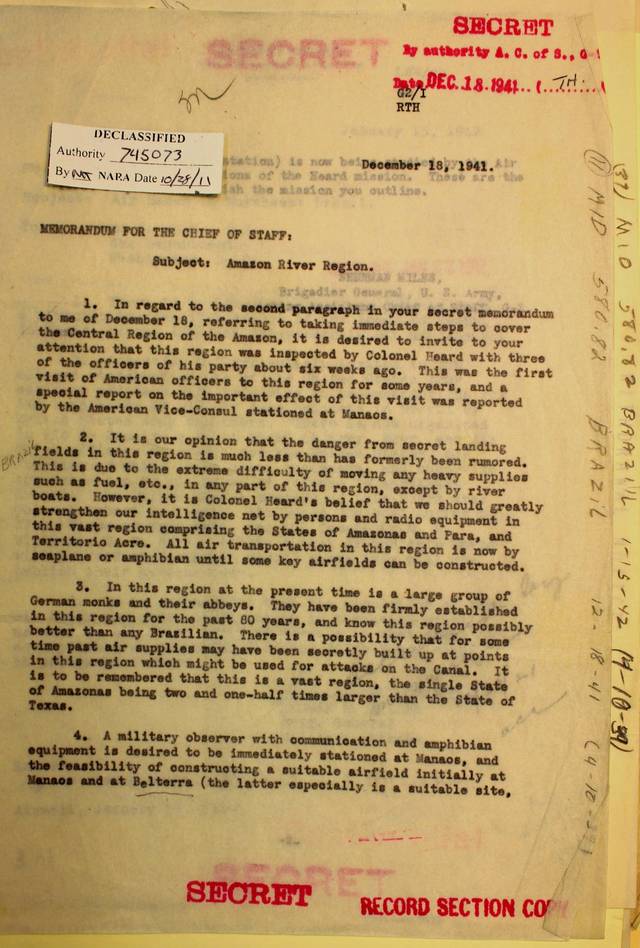 Report raises the specter of German monks building a secret air base in the Amazon National Archives - College Park, MD</a>