This article has been cross-posted from the Recipes Project, a new site created by an international group of historians interested in food, medicine and recipes. Thanks to the site’s editor, Lisa Smith, and to Ashley Buchanan for allowing us to share some of her fascinating research in progress.

Two summers ago in the state archive of Florence I discovered, filed under the heading of “miscellaneous Medici,” a simple sheet of card stock. Inside, I found a collection of over 200 recipes that belonged to the last Medici Princess, Anna Maria Luisa de’ Medici (1667-1743).

Born in 1667 in Florence, Anna Maria Luisa was the only daughter and second child of Cosimo III de Medici, Grand Duke of Tuscany, and Marguerite Louise d’Orléans. In 1691, she was married to Johann Wilhelm II von der Pfalz, the Elector of the Palatine in modern-day Germany. She lived in Düsseldorf, her husband’s capital, until his death in 1716. A year later Anna Maria Luisa returned to her native Florence. During her twenty-six year absence neither of her brothers, Ferdinando or Gian Gastone, produced a Medici heir. With the death of her father and both of her brothers, Anna Maria Luisa became the last Medici. 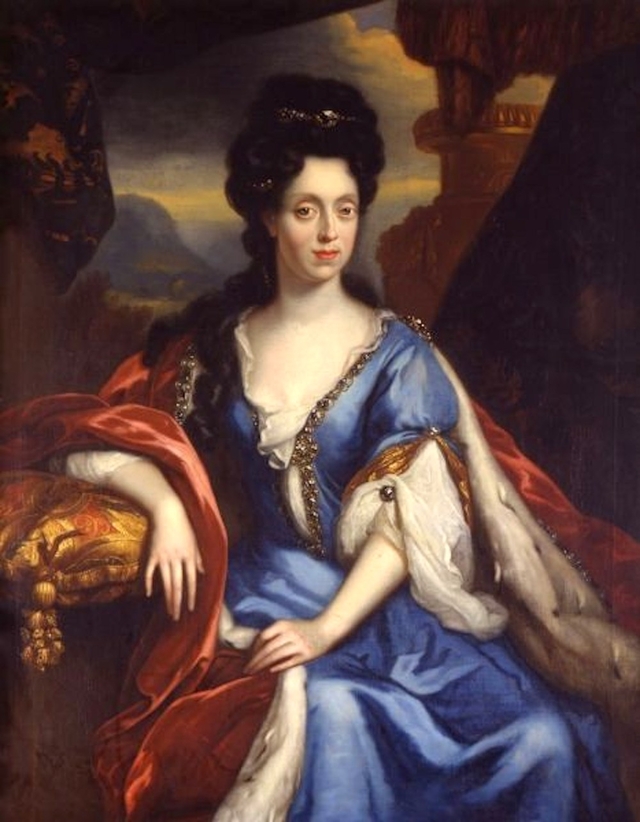 Anna Maria Luisa’s collection of recipes covered topics as diverse as rare paint colors, desserts, fever waters, concoctions to control epilepsy and lung inflammation, and even forms of lapidary medicine. One rather strange recipe to control infant convulsions or a periodic fever (terzana) detailed how to make a powder from the precipitation of a pulverized skull of a man who died violently but was never buried, oriental pearls, red and white coral, yellow amber, and peony roots and seeds. Another prescribed female rhinoceros’ blood for strokes and general blood flow, and yet another recipe recommended the vaginal insertion of St. Ignatius beans to “lower the menses of women.”

Intrigued at what I had uncovered, I read on. I found that many of the recipes were straightforward directions for combining listed ingredients, like the infant convulsion powder, while others incorporated more complex alchemical techniques such as steeping, pulverizing, fermentation, and distillation. One of the recipes for fever water (acqua da febbre) called for the creation of a poisonous plant tincture and distillation of sulfur. The recipe then instructed to mix one ounce of each with Capraggine water (made from a European shrub) and leave it sealed to ferment in the sun for two days.

Pieces of folded paper and letters of correspondence grouped many of the recipes within the collection, making a few distinct categories apparent—techniques to create rare or secret paint colors and dye marble, the whitening of silks and lace, culinary recipes, and medicinal recipes and therapeutics. The sequential and identical page numbers penciled in at the top of every page indicated that these categories were the product of later archivists.

In addition to recipes for fever water, perfumes, and ointments, directions for applying balsams, and therapeutics for epilepsy and pleurisy (lung pain or inflammation), Anna Maria Luisa’s collection also included a lengthy and detailed Portuguese inventory of raw medicinal materials. This inventory not only listed materia medica, like roots and seeds from the Kingdom of Manica, beans from Manila, and bark from Timor, it also detailed the uses and virtues of each. Two pages, one written in Portuguese the other in Italian, were dedicated to the uses and virtues of Pietre Cordiali, or Goa Stones. The unknown author of the inventory explained that these stones, created by the lay Jesuit Gaspar Antonio, were the best heart medicines he had ever found, but could also be used to combat fevers, animal venom, poisons, and even kidney stones. 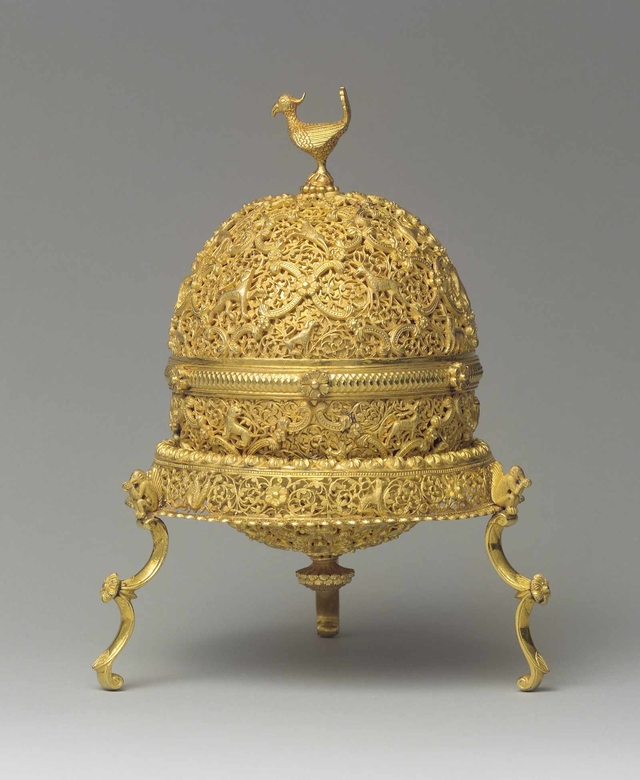 A “Goa stone” or lapis de Goa from the late seventeenth or early eighteenth centuries. The Metropolitan Museum of Art

After reading through her collection, it was clear that Anna Maria Luisa collected recipes from her family’s ducal pharmacy (some of the recipes credit the Medici fonderia or are stamped with the Medici crest), received and exchanged recipes via courtly epistolary networks, and gathered exotic raw medicinal materials through Italian and Portuguese trade networks and Jesuit missionaries. As I read through the inventories of raw materials, it became apparent that Anna Maria Luisa’s collection was not only the product of European courtly customs, but was also connected to exploration, colonial expansion, and global exchanges through trade and missionary commerce, all of which facilitated the movement of people, things, and knowledge.

Anna Maria Luisa’s recipes have become the foundation of my dissertation, which I have just begun researching. I look forward to sharing my findings as I search for what motivated Anna Maria Luisa to collect recipes, who (if anyone) she exchanged recipes with, and how she learned of the exotic raw materials she collected. On a larger scale, I hope this project offers the opportunity to study how people or groups outside institutional medicine contributed to the creation, dissemination, and legitimization of emerging scientific and medicinal knowledge. In this case, how did a Medici princess, courtly scientific patronage, Italian and Portuguese traders, Jesuit missionaries, and indigenous populations contributed to the discourse of early modern medicine through recipes?

**Ashley Buchanan** is a PhD student in early modern Italian history at the University of South Florida.