Ox and Pigeon: an Experiment in Online Publishing

We recently learned of a new literary press called Ox and Pigeon that publishes The Portable Museum, an online journal of literature in translation. The idea is one that is close to us: The Appendix will soon launch a recurring feature, “El Apendicé,” in which we feature new articles translated from and into multiple languages. We reached out to the editor of Ox and Pigeon, Jason Curran, who shared this post about the origins and future of the project, and his thoughts on the emerging world of online literary publishing more generally.

When Ox and Pigeon was an idea without a name a couple of years ago, our goal was to provide English-reading audiences with high quality translations of stories and novels they’d not previously had access to. When we finally stopped talking about it and decided to try it out, we chose to publish these new translations as ebooks because we love the flexibility of the format and its potential as a complement to traditional print books and journals.

Just over half a year in, the project is producing its first tangible results (well, if you consider PDFs and ebooks tangible) with our first two short story collections on sale. A third is coming later this year, along with our first novel. We’ve seen a few similar projects start up recently and we hope there are more coming. We want to dispel the common assumption that an ebook is nothing more than a hastily reformatted afterthought once the real book goes to print.

Ox and Pigeon started with three friends (Katie, Lucas, and myself). Lucas, after living in Poland working as an English teacher, moved to his family’s home in the White Mountains of New Hampshire to spend some time living free (or dying) and began to learn Spanish. He eventually relocated to Arequipa, Peru, and from there made his way to Lima. In Lima he found work as a translator and devoted his spare time to prowling Lima’s bookstores and the precariously-packed book stalls of its markets.

Katie and I visited Lucas in Lima and spent most of the trip eating and talking about books, Lucas raving about his ever-growing (and increasingly unrealistic for one lifetime) “to-read” pile. Discussion repeatedly turned to how many wonderful and interesting foreign writers are totally alien to English readers. It soon dawned on us that it was within our means to help change that with a series of ebooks. As our trip ended and we steeled ourselves for the many legs of our flight home, we promised to not let this publishing idea die at the “wouldn’t it be great if we…” stage.

With everyone back in our own hemispheres, we started meeting at least once a week on Skype. We’ve stuck with these weekly calls ever since (the next time I chat with Lucas in person, it will be hard to get used to his voice without the robotic whirs and buzzes of Peruvian internet speeds). We picked a name, settling on a duo of animals we’re fond of and who each have some vague metaphoric significance to the project in our minds. Registering the business at city hall and setting up a bank account for it was a process none of us had experience with, and getting that stuff sorted out, as simple as it turned out to be, was an early source of momentum and motivation. 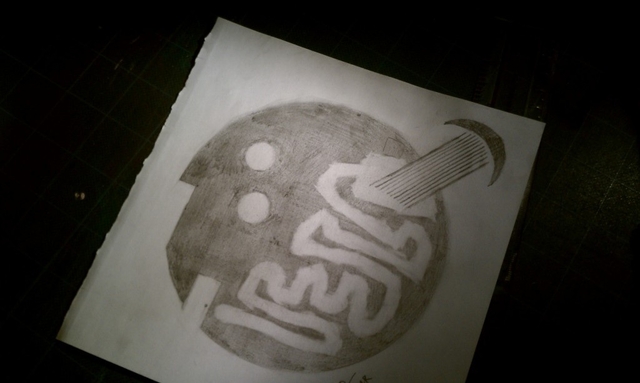 Our biggest strength has been generating enough content in-house to get started. Our first two collections were translated by Lucas and coedited by the three of us. I’ve done all of our artwork so far (drawings for the website a friend graciously built for us and block prints for the book covers). As we’ve gotten deeper into the project and met interesting people to work with, some pressure has lifted (our first project to use an outside translator is coincidentally our first novel, coming this fall, to be announced soon). We’re always going to labor over anything we publish, though; one of the most important things about Ox and Pigeon to us is that the three of us have our handprints all over our books. Some of our biggest influences have been publishers like Melville House and New Directions, not only because they publish great translations but also because they have a recognizable style readers can depend on.

Securing rights for a series of literary translation ebooks turned out to be a small challenge, mostly because publishers and agents are completely unaccustomed to a publishing venture like ours. I feel sorry for Lucas, whose job it has become to explain to author representatives all over Spain and Latin America what we’re doing and why we only want electronic rights. Luckily, with all the stories we’ve set out to publish thus far, people have been very receptive to ebook publishing once we manage to convey what exactly we’re doing.

With all the connections we’ve made since we started, we’re looking at a new set of challenges in the future. As submissions and recommendations start to pile up, we’re learning how to include collaborators in what has been a pretty intense, insular editorial process for our first few projects. We’re also working out ways to decide how many projects we can take on, and which ones fit us best. The sheer amount of great writing waiting to be translated is overwhelming, but that abundance is an exciting challenge.

As we’ve gained experience and learned how traditional publishers do things, we’ve had the advantage of picking and choosing what makes the most sense to us, trying to maintain open minds and a willingness to experiment in our approach to publishing ebooks. With each release, we take pride in offering a digital yet handmade book and sharing literature we love with new readers.

**Jason Curran** is the editor of Ox and Pigeon Electronic Books.