Welcome to our new *Magic Lantern series, where we spotlight a singular image that we think deserves wider exposure. When magic lanterns were first invented in sixteenth-century Italy, illusionists used them to conjure spectral images of demons and ghosts before astonished audiences. Even as technology’s ability to replicate images has became the stuff of everyday life, a vivid picture retains an evocative power that words seldom equal. But images mean little without context, so we’ll do our best to share our findings about the background and provenance of these weekly images as well.*

This week, a strangely beautiful image of an atomic bomb detonating at 30,000 feet, an altitude higher than Mt. Everest. The explosion, which occurred in October of 1962, was part of a series of experimental nuclear blasts called Operation Fishbowl Bluegill. 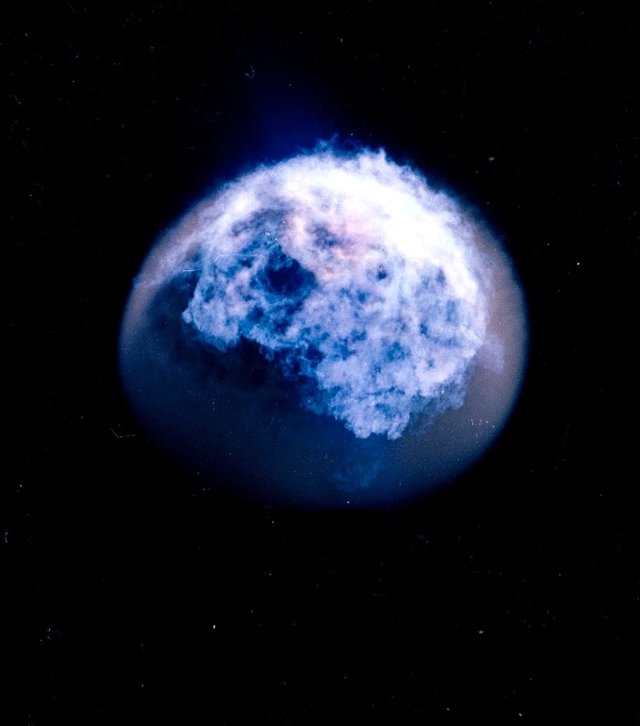 In the late 1950s and early 1960s, the US Government began testing what they called “exoatmospheric” bombs: nuclear weapons in space. A UN Report on the laws of outer space made the stakes of this type of testing clear in 1985:

Exotic weapons and other military satellites could easily be destroyed by a single nuclear blast in outer space. Such a blast would instantly set up an electric pulse of up to a million volts per meter in hundreds of satellites and battle stations, and disable them.

Shortly after the test shown here, the Outer Space Treaty was adopted by the UN General Assembly, which mandated that signers must “undertake not to place in orbit around the Earth any object carrying nuclear weapons or any other weapons of mass destruction, install such weapons on celestial bodies, or station such weapons in outer space.”

Complete destruction of House No. 1, located 3,500 feet from ground zero, by an atomic blast on March 17, 1953 at the Nevada Proving Ground. Department of Energy, United States Government 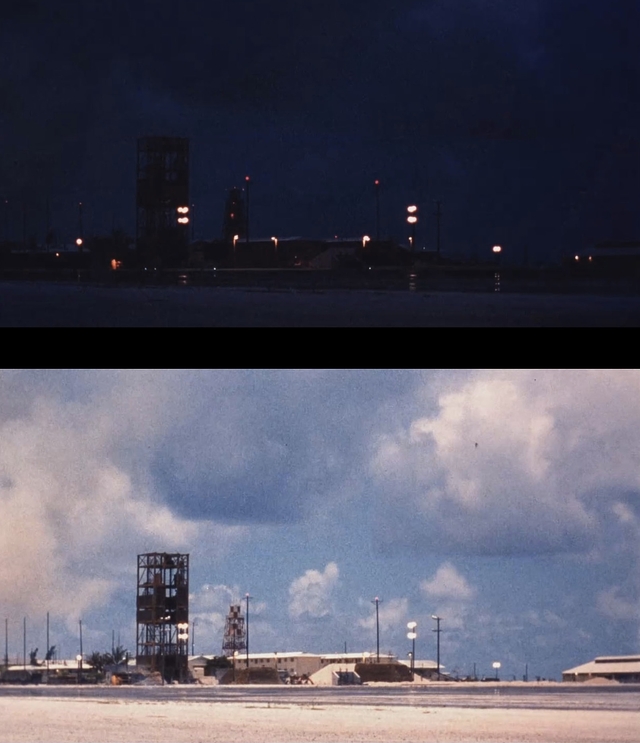 Johnston Island facility immedately prior and after detonation of an exoatmospheric nuke. 1 August 1958, Department of Energy, United States Government