Oxford and the Vatican to Digitize 1.5 Million Manuscript Pages

On Sunday, we reported on the British Library’s remarkable decision to release over one million images from books in its collections into the public domain.

It turns out that lovers of old books have received another Christmas present in the form of a new joint venture between Oxford’s Bodleian Library and the Biblioteca Apostolica Vaticana at the Vatican. The collaboration had been announced back in April of 2012, but this month a portion of the digitized texts were publicly released for the first time. The website, which you can visit here, needs some work in the navigation and design departments. But the visual beauty of the books it contains more than makes up for it.

Below I’ve extracted some images from one of the newly digitized books, one of the earliest printed Bibles, originating in the German city of Cologne in 1478. The catalogue entry notes that it featured two distinct dialects:

Low Saxon (niedersächsisch) and Low Rhenish (niederrheinische). As in all pre-Lutheran German Bibles, the translation was made from the Latin Vulgate. The two volumes are richly illustrated with 113 and 123 woodcuts respectively, made by the so-called ‘Master of Cologne.’ The woodcuts, illustrating the Old Testament and the Book of Revelation, introduce key figures such as King David and the Evangelists, but most notable is the illustration of the Creation scene. The decoration in both volumes was hand-colored in a style that influenced all subsequent production, not only in Germany but across Europe. 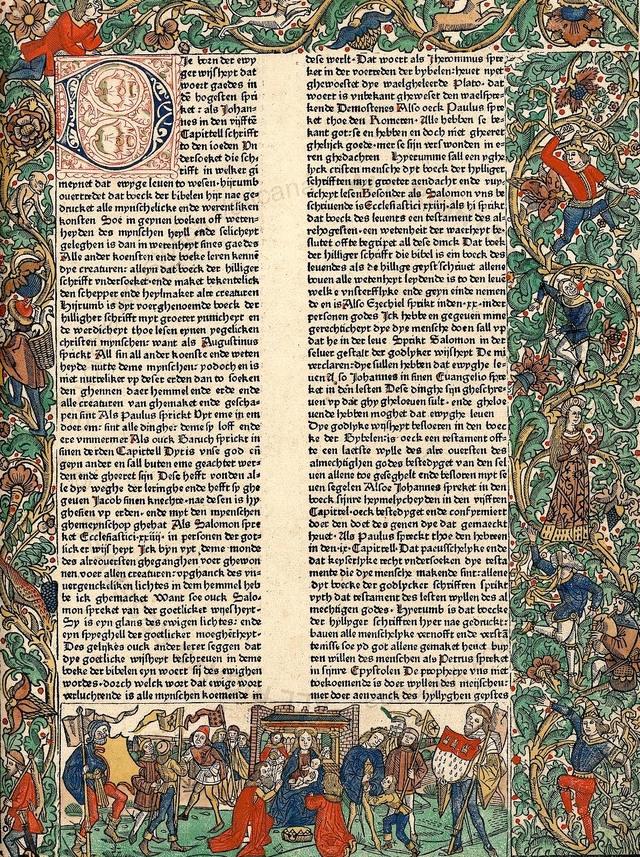 Lavishly adorned borders, containing everything from a jester, a bagpiper and a monkey to a nativity scene, start the preface off with a bang. Polonsky Foundation Digitization Project 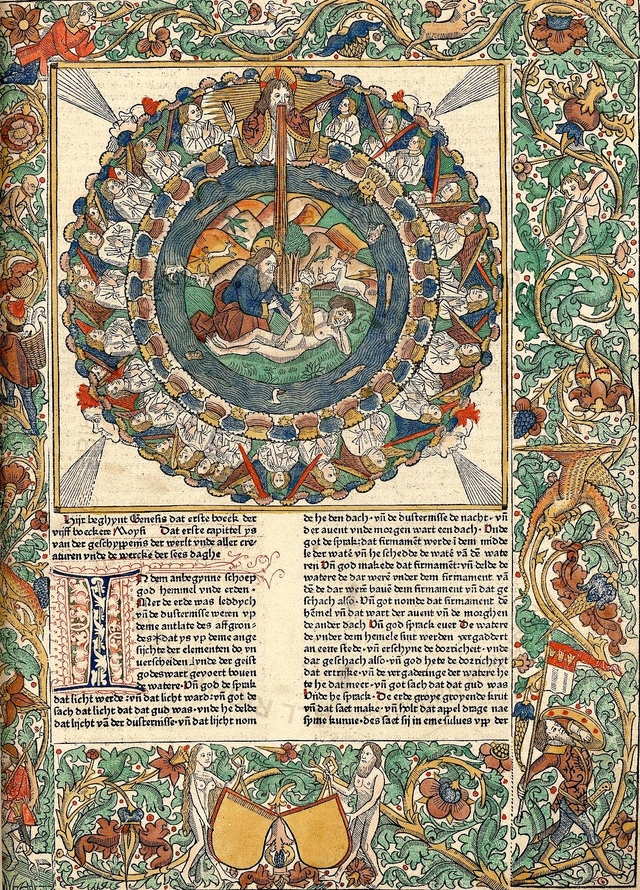 “In dem anbegynne…” The famous creation scene in Genesis is visualized in a very striking way here - note the bright yellow and red beams emanating form God’s mouth! I suppose the artist was showing what 20th century linguists would call God’s “speech acts” in creating the earth and heavens by naming them. I also love Adam and Eve at the bottom border, who are apparently brandishing blank coats of arms. Polonsky Foundation Digitization Project 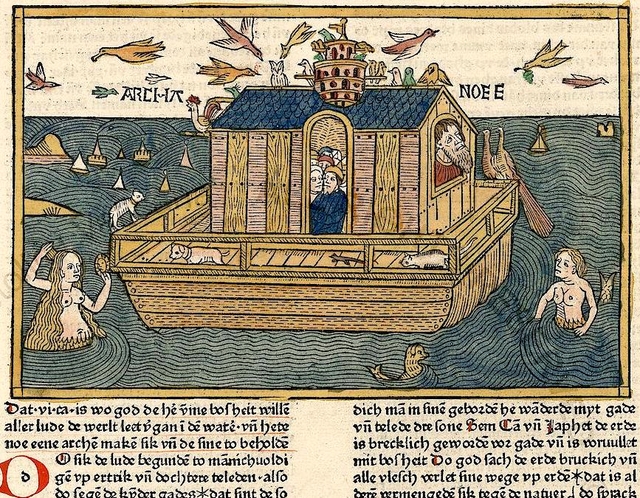 Noah sails his ark past some sad-looking merfolk. (Accompanied by their merdog?!) Polonsky Foundation Digitization Project 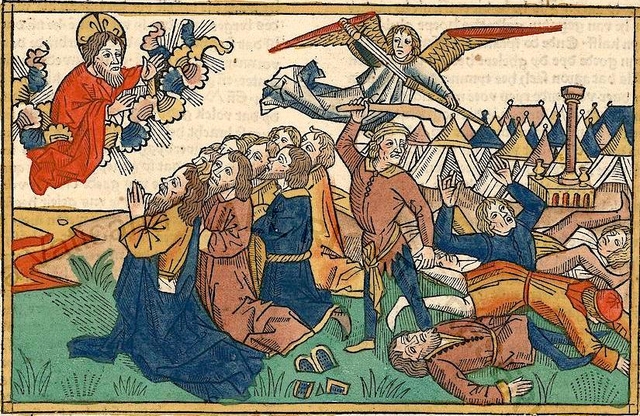 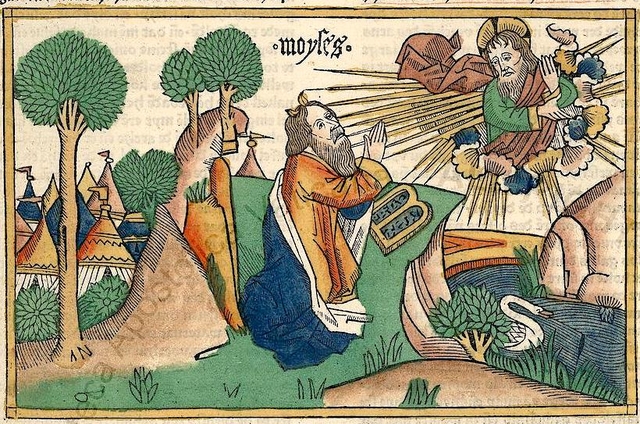 Medieval and early modern depictions of Moses often showed him with horns, a bizarre mistake stemming from a faulty Latin translation from the Hebrew. Polonsky Foundation Digitization Project 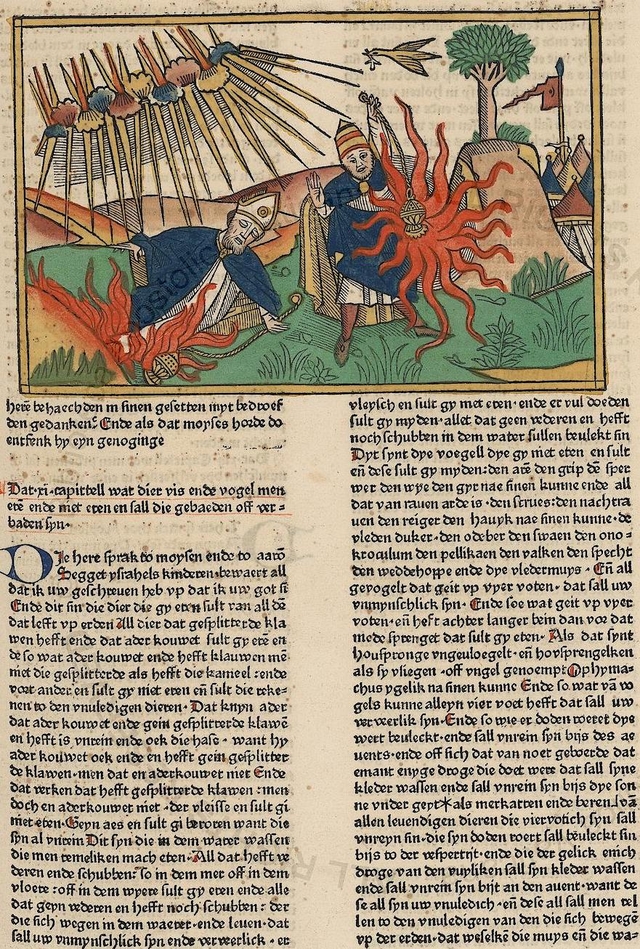 The wrath of a depersonified God in Leviticus (and perhaps a bit of anti-clerical sentiment?). Polonsky Foundation Digitization Project 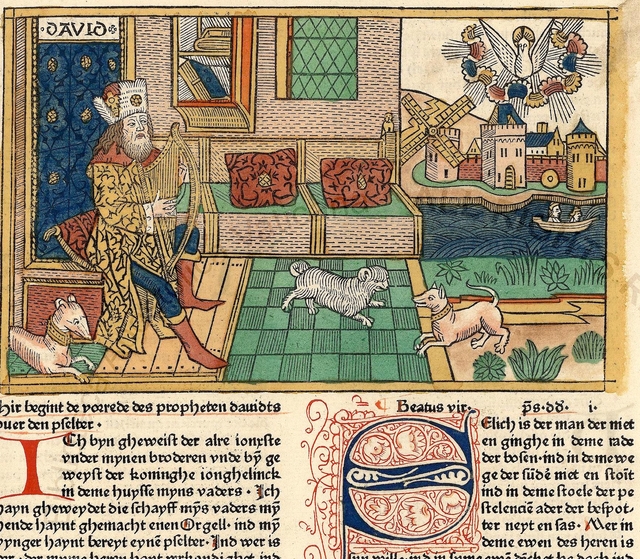 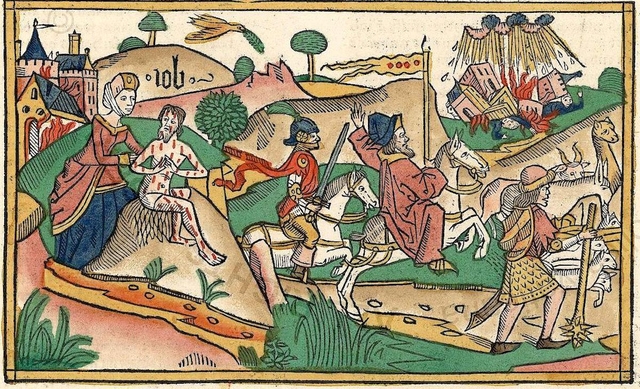 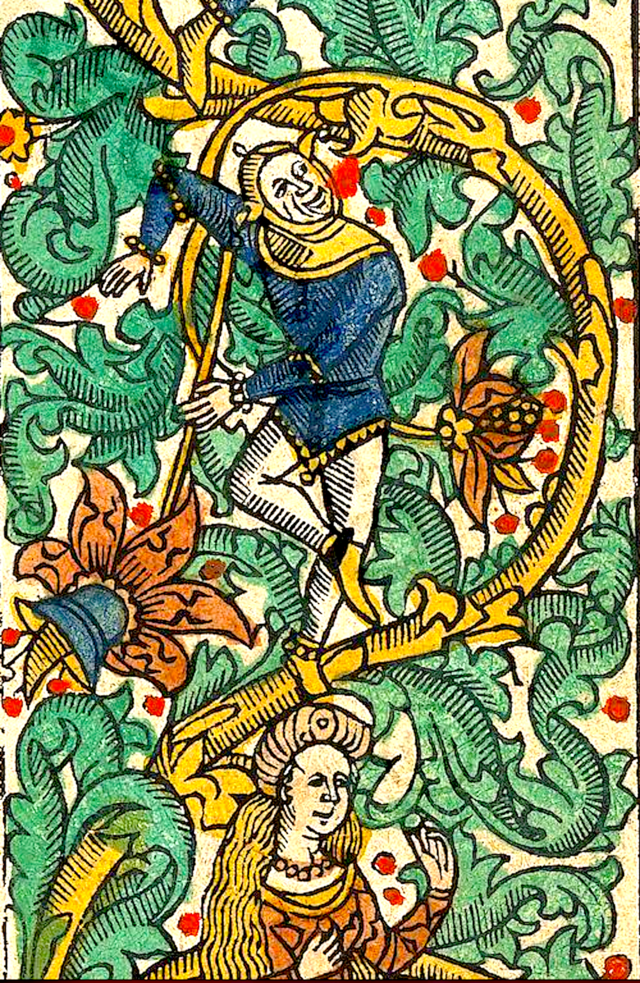 A dancing court jester in one of the frontispiece borders. Polonsky Foundation Digitization Project