As an historian of the early modern drug trade, I struggle to recreate the subjective experiences of drugs among people who may be long dead: what did it mean to smoke tobacco in the seventeenth century, when it was feared as a demonic drug and lauded as a panacea for all ailments? Or to take hallucinogenic Amazonian plants thousands of years ago?

I often turn to visual sources for ways of conveying the effects of drugs and tracing how they were used, like these paintings of seventeenth-century Dutch holiday feasters drinking gin (at the time a newly invented “medicine”) and smoking tobacco. 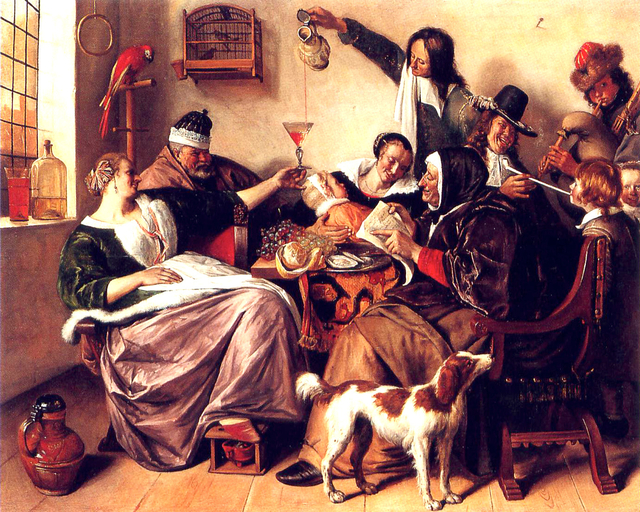 Jan Steen, “The way you hear it, is the way you sing it,” ca. 1665 Oil on canvas, The Hague. The gin is on the windowsill at left. Wikimedia Commons

squeezed drops of various legal and illegal liquid drug mixtures onto negative film which had already been exposed. Each drop altered the coating of the film. Much like the effect of some of these substances on humans, this can be a lengthy process – sometimes one that can barely be stopped. She then enlarged these negatives including the chemical reaction of the particular drug, to sizes of up to 160 x 200 cm. All of the substances behaved very differently: the shapes and colors that appeared showed unique characteristics and revealed unique internal universes. Schönfeld explores the possibilities of photography at the frontiers of what can be visually portrayed–-the interface between representation and reality.

The results are impressive as abstract compositions, but I also love how they offer a novel way of visualizing a poorly-understood corner of our contemporary world. Below are some favorites, and here’s the complete collection. 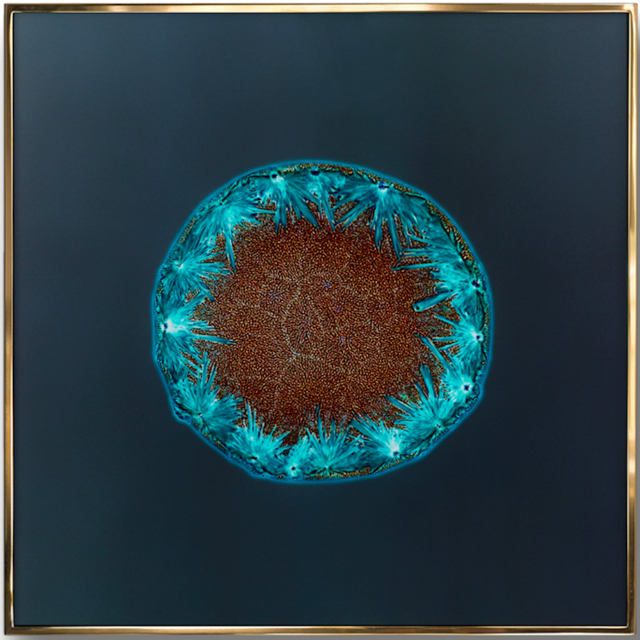 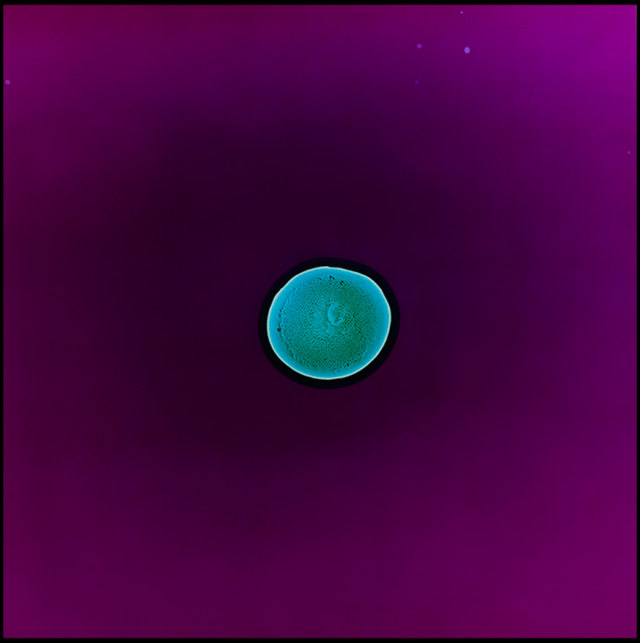 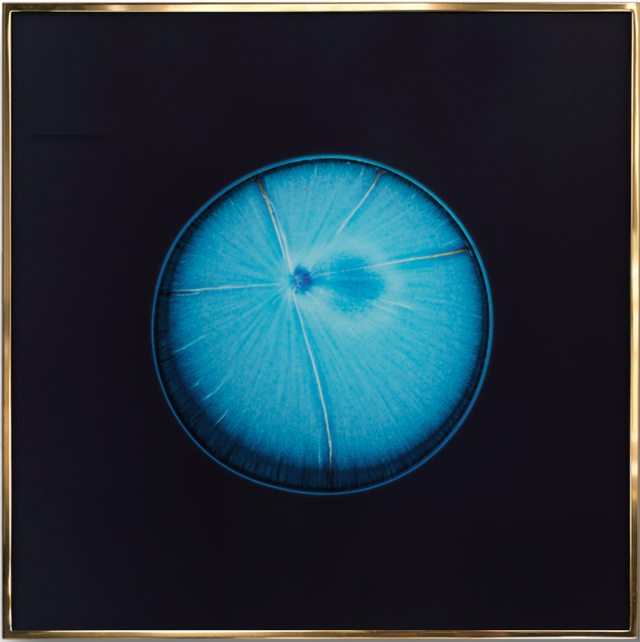 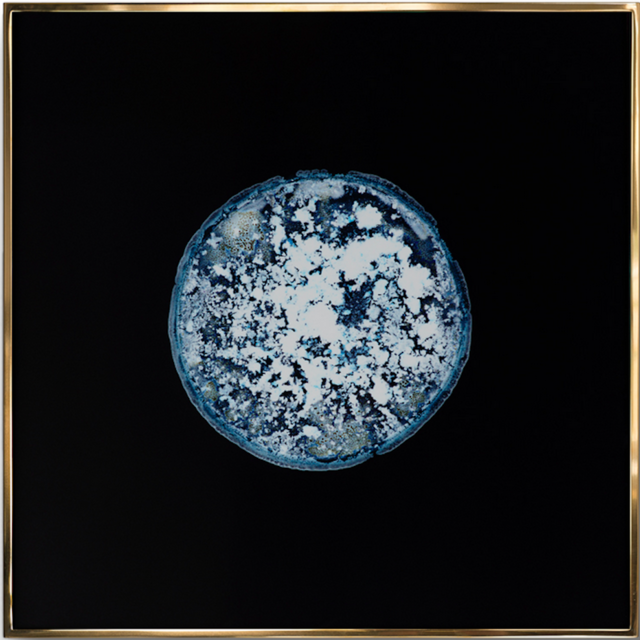 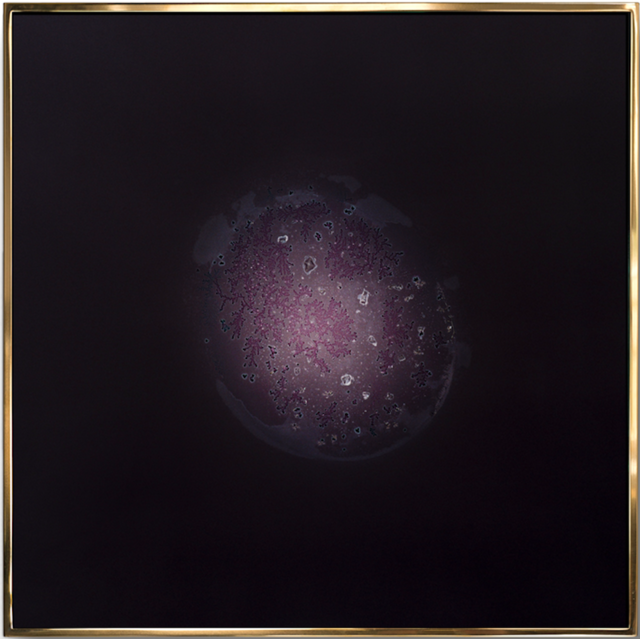 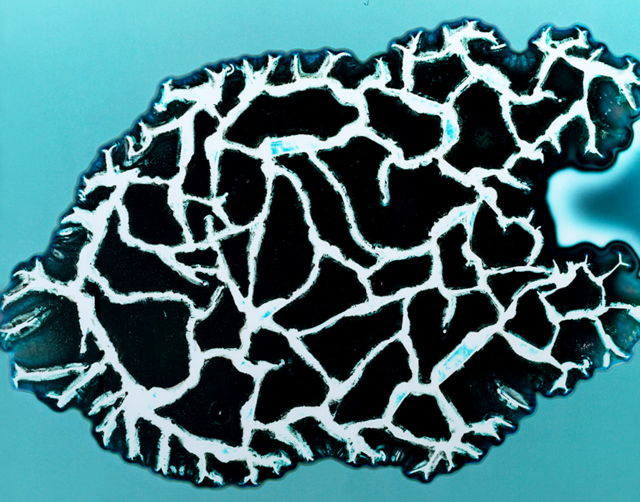 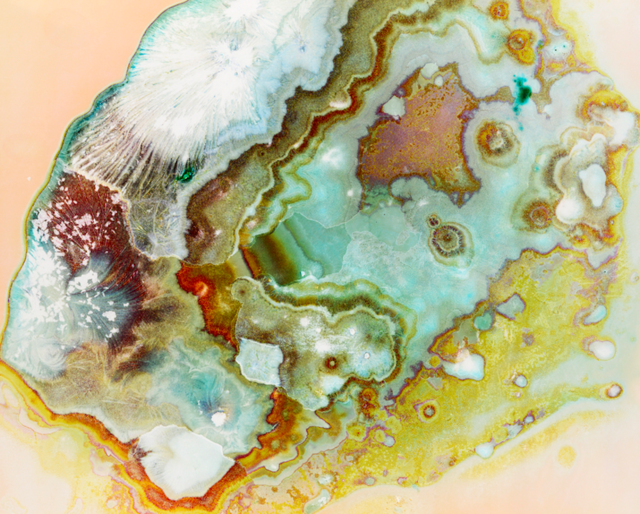 There are many more exquisite photographs at Sarah Schönfeld’s personal site.