Yahoo recently announced that they would be closing down their message board service on March 31, 2013. This might not seem like much of a tragedy to a generation of internet users whose main venues for social interaction are sites like Facebook or Twitter. But the Yahoo message boards have been around for fifteen years, and they contain millions of messages posted on a wide range of subjects. As such, they represent a tremendous archive for future historians of the internet. And not just historians: such repositories are potentially valuable to anyone working on any subject covered in the millions of messages, or even anthropologists studying internet culture—something I would like to see more of.

Yet Yahoo chose to not make these archives available. They are closing the message boards down for good, and no one will be able to view them in the future—from a historian’s perspective, certainly an enormous waste of precious digital archival material. Some began archiving it on their own, but Yahoo! has not cooperated, and started limiting the access of individual connections to their servers. The solution: distributed computing. The good folks at ArchiveTeam.org have dealt with this situation before. They specialize in salvaging data from what they call “sickly, dying or dead” web sites. They are now taking on the archiving of the Yahoo message boards. Due to Yahoo’s bandwidth limitation, they cannot do it alone. You can help by becoming an Archive Team Warrior.

To donate some of your bandwidth to the cause of archiving fifteen years of internet history, you can download a program that will use your internet connection to automatically download and archive thousands of messages. It is a worthy cause, and the message boards will shut down on March 31st—so log in and help out. Archive Team also has many other such projects, and in the past they have saved the archives of big web services, like GeoCities and Friendster.

Yahoo is shutting down this service without doing much to preserve it for a generation to whom “Yahoo!” might be “Ya Who?”

Google, on the other hand, has taken a completely different approach in preserving messages from Usenet. Starting in the 1980s, Usenet became a large internet discussion system, the forerunner to today’s message boards. Google purchased the archives of the old Usenet from services like Deja News and received donations of older messages from the University of Western Ontario, with messages dating back to 1981. They integrated it to their current message board system, Google Groups, keeping the old Usenet alive and available: you can go there to read some of the earliest message boards on the internet. You can even join in and respond to messages posted thirty years ago! Here are some interesting examples:

Some have also taken on the archiving of old software (especially games) no longer sold or supported by their original creators. These are often referred to as abandonware. I must admit I have visited abandonware websites in the past to find games from my childhood as a PC gamer in the 90s–the ultimate in digital nostalgia. Any fans of Indiana Jones and the Fate of Atlantis out there?

But perhaps one of the most impressive of such projects is the Internet Archive. Besides holding an enormous collection of all sorts of media, such as public domain books, videos and audio, they also offer a web site archive, called the Way Back Machine. In it, you can type the adress of any web site and you will get a list of dates when that web site was saved, so you can visit it and see what it looked like then. Wondering what google.com looked like in 1998? or how about aol.com in 1996? Visit the Way Back Machine and find out! 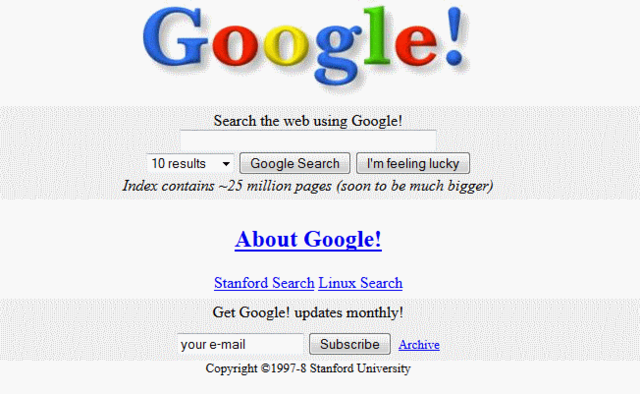 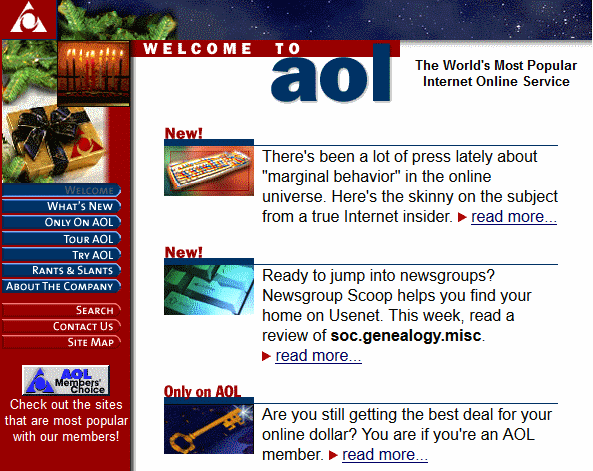