A detail from Thomas Rowlandson’s 1788 caricature “Frenchmen in November.”

The Gin Lane Gazette and the History of Cartoons

Illustrator, caricaturist, and writer Adrian Teal is an expert in the political cartoons of the eighteenth century, an era when satirists’ pens dripped with venom and clever drawings could sink political careers. We asked Teal to talk about some of his favorite Georgian caricaturists, and to share some of his own work, available in book form as The Gin Lane Gazette. 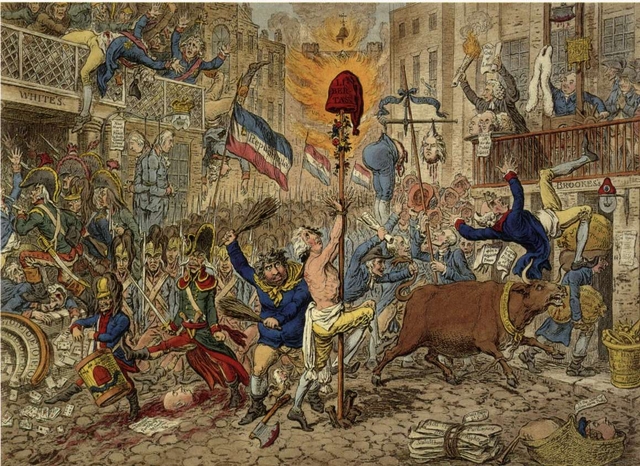 There are countless Gillrays I could choose, but this one is a tour de force of draughtsmanship and satire. It shows the two main clubs of the day, Brooks’s and White’s—scenes of many a debauched evening—and Gillray’s image-defining portrayal of Charles James Fox as a swarthy, unshaven revolutionary whipping William Pitt’s arse. 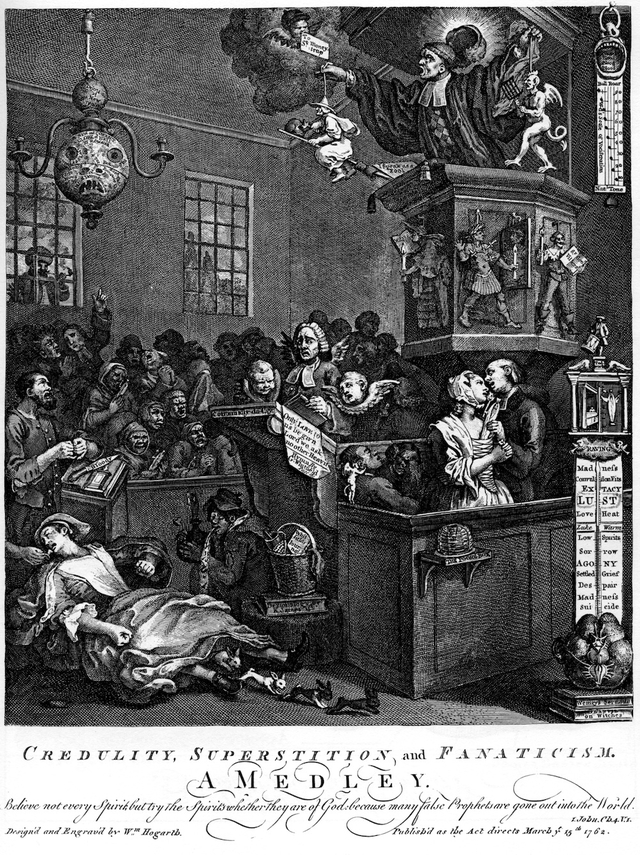 It would have been very easy to pick Hogarth’s Gin Lane, which is utterly iconic, but I’ve chosen this one because it refers to two of my favourite Gin Lane Gazette stories: Mary Toft, who ‘gave birth’ to 17 rabbits, and another infamous hoax known as ‘Scratching Fanny’, the ghost of Cock Lane. Technically, of course, Hogarth wasn’t a caricaturist, but he did satirise the age. 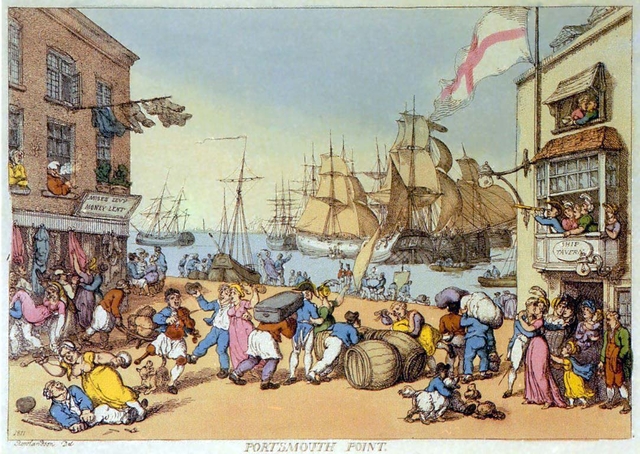 I’m a bit obsessed with maritime history, and Rowlandson’s caricature brilliantly encapsulates the bustling, boisterous nature of a sea port when Britain was at the height of its naval power and confidence. Sailors were seen almost as a different species from landlubbers, and Rowlandson’s mockery of them is far more good-natured than scathing. 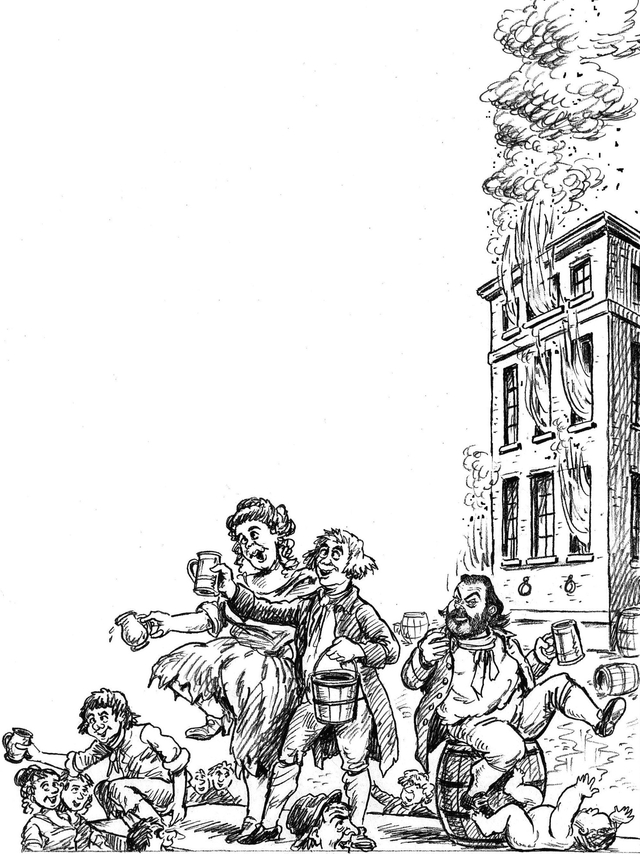 Thomas Langdale was a Catholic distiller, whose buildings were destroyed by an anti-Catholic mob during the 1780 Gordon Riots. The rioters drank themselves silly, and set fire to the distillery, 120,000 gallons of gin, and themselves after ransacking the place. The explosion was said to have been like the eruption of Vesuvius.

The burning distillery is based very loosely on an engraving of another utilitarian structure, the Foundling Hospital, and the drunken revellers were inspired by similar characters in caricatures by Rowlandson and Gillray. The bearded fellow with a dying baby at his feet is actually my publisher, and QI’s head of research, John Mitchinson! Mitch suffers quite badly from gout from time to time, so he also appears in an advertisement for a gout remedy called ‘Dr. Blenkensop’s Bilious Specific.’