Inside the Cosmonaut Survival Kit

NASA spent nearly 20 years developing a form of space ice cream that astronauts found palatable. Meanwhile, the Soviet space program was working on stuff like this: 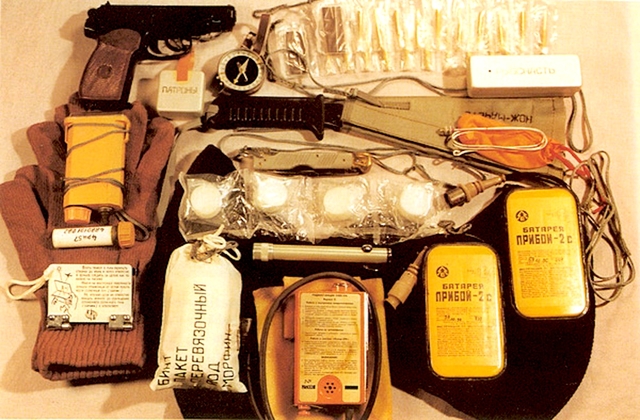 That’s the NAZ-3 survival kit. It was designed in 1968 for the Soviet Soyuz spacecraft, the reliable workhorse of space flight which is still in use today. As outlined on this interesting site about the Russian space program, the kit contained the following from top left to bottom right:

The pistol was intended to scare off “wolves, bears, tigers, etc.” on the event of a crash landing. Later Soviet survival kits expanded to include fishing tackle, improved cold suits, royal blue knit caps with the Cyrillic initials of each cosmonaut (shades of The Life Aquatic) and “ugh boots” lined with fur. 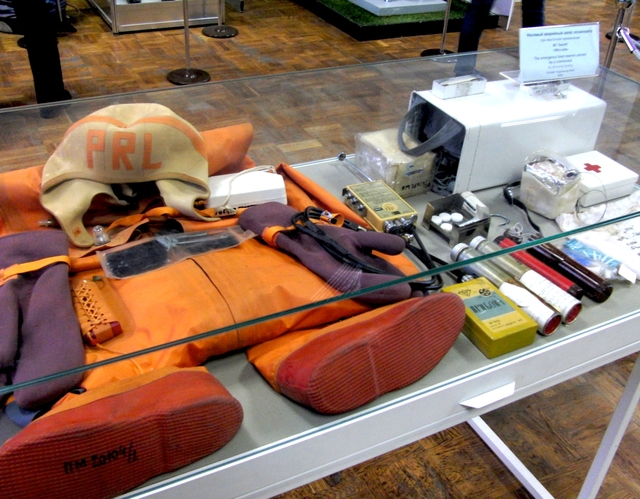 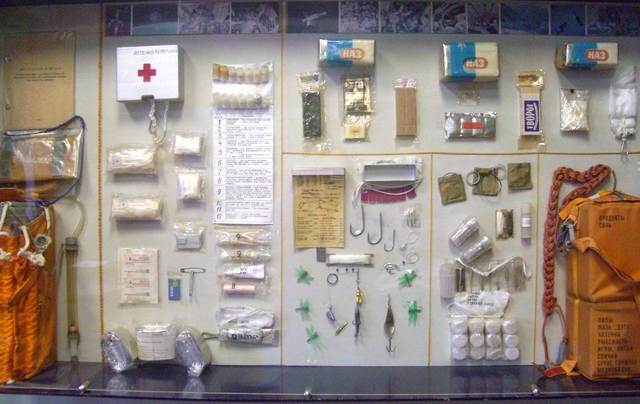 American astronauts who trained for the 1995-1997 Mir visits, and later as part of the Soyuz spacecraft crews for the International Space Station, encountered a unique feature that cosmonauts need to master: target practice. They have to know how to load, aim, and fire the special survival gun that has been on board all Soyuz spacecraft throughout their 30-year history. 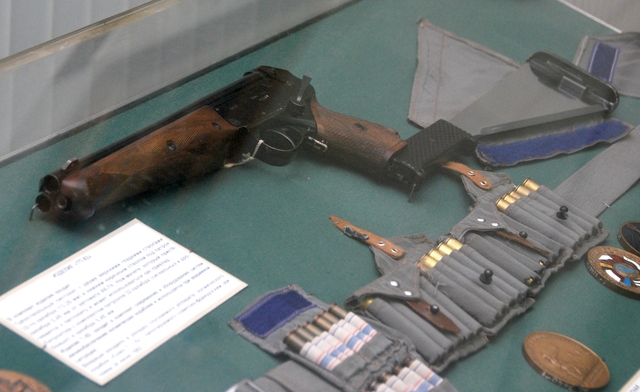 The Soviet TP-82, a combination gun and machete created specifically for the space program. Wikimedia Commons

The TP-82 was intended for use in hunting, firing distress beacons, and defense against hostile foreign nationals (why hasn’t someone written an adventure comedy about cosmonauts crash landing in 1960s Texas yet?). The gun also featured a detachable machete for cutting down trees. Astronaut Jim Voss recalled his training in the weapon onboard a model spacecraft in the Black Sea, which involved using an “amazing” number of vodka bottles as target practice.

By 2007, ammunition for this exceptionally rare firearm had become impossible to find. For any other space program, this would probably spell the end of guns in space. But the Russians were undeterred: an ordinary semi-automatic is now dispatched with cosmonauts who visit the International Space Station. “Russian participation means that there are guns on board the ISS,” writes Orberg. “And the guns belong to the Russians.”

Special Russian space program bonus: just for the hell of it, here are the three coolest-looking cosmonauts I found while researching this post. 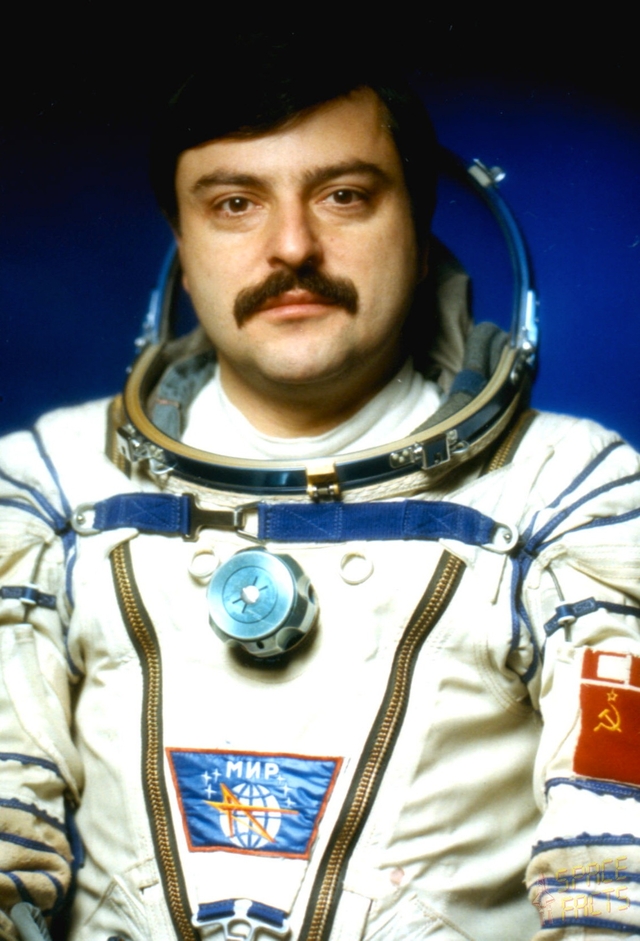 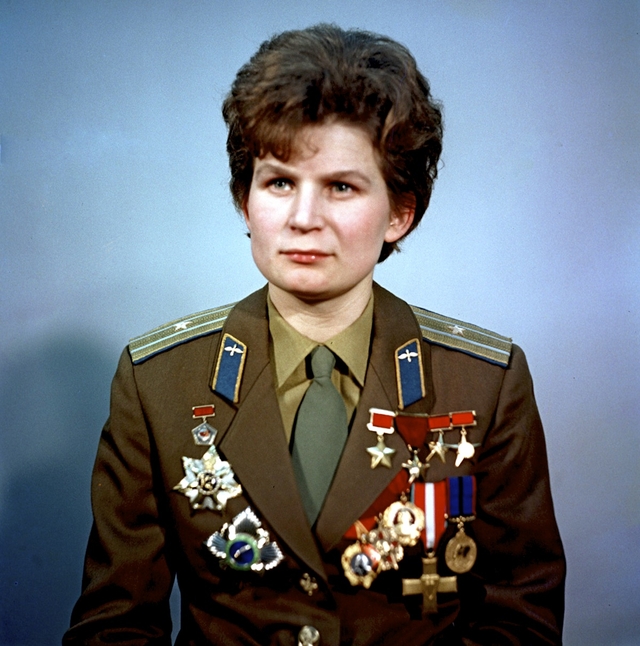 As the pilot of Vostok 6 in 1963, Valentina Tereshkova holds the distinction of being the first woman to enter space. Today she remains a Russian national hero. Earlier this year she volunteered for a one-way trip to Mars. Wikimedia Commons 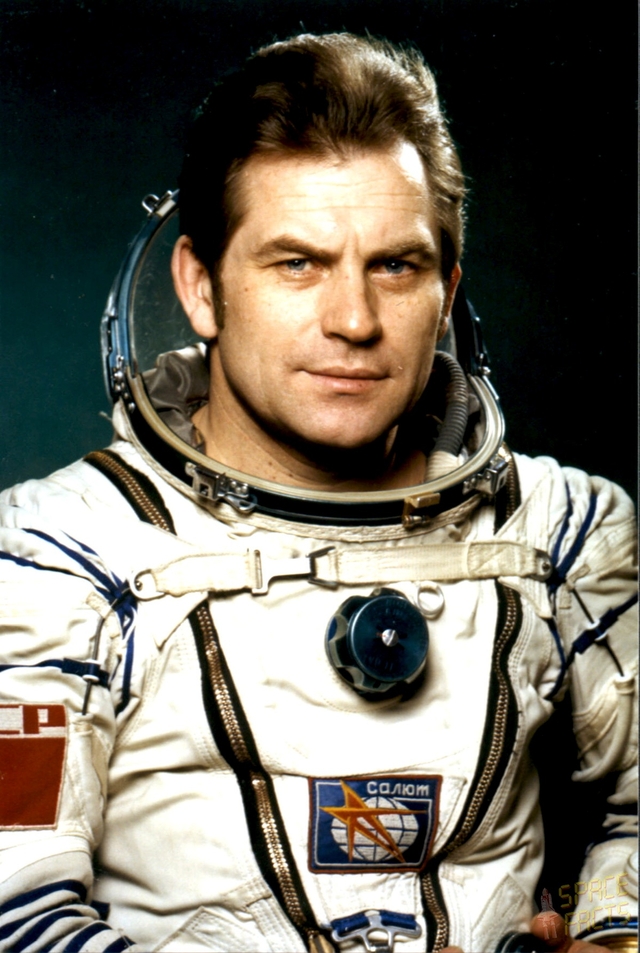 And a final note: it turns out that a lot of this stuff is actually up for auction these days, a testament to the dire financial straits of the Russian space program. That machete attachment for the TP-82, for instance, is about to be snapped up by a buyer for the bargain price of $240, and these cosmonaut leisure suits are even less at $200: