Put A Propeller On It: the Golden Age of Tinkering

Once upon a time, motorcycles, trains, and even UFOs were driven by propellers. Personal flying machines roamed the streets of Paris, and people were afraid that marauding anarchist Zeppelins might destroy their cities. No, it’s not a steam punk novel. It was the turn of the twentieth century, and the golden age of tinkering.

Alberto Santos-Dumont is beloved in Brazil as the inventor of the airplane (his heart is even preserved in formaldehyde at Rio de Janeiro’s Air and Space Museum). But it was in Paris, the global capital of ballooning, that the debonair Brazilian made his name. In 1898 he decided that he was not satisfied with the haphazard nature of navigation in his balloon. So he put an engine and a propeller on it. Soon, he was the only man in the world flying a dirigible—even winning a prize for maneuvering around the Eiffel Tower. 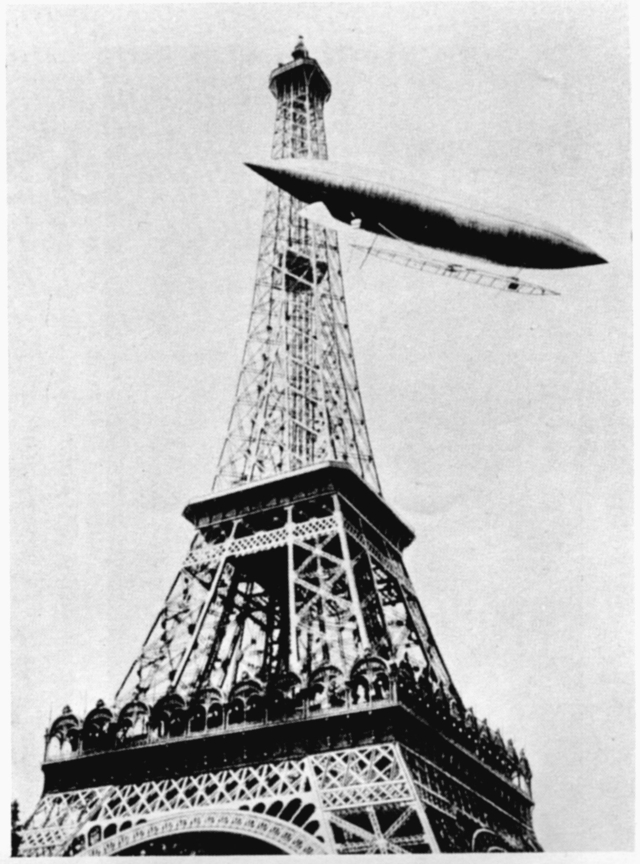 Santos-Dumont navigating around the Eiffel Tower in his airship. Wikimedia Commons

Before long, Santos-Dumont was piloting a self-invented personal flying machine to his favorite Parisian café, which he tied it to the same hitch post where horses were tethered. It made for a dashing entrance to his lunches at Maxim’s, where he often dined with Louis Cartier and Gustav Eiffel. He was also known for stopping by friends’ houses and landing in front of their porches for a chat. 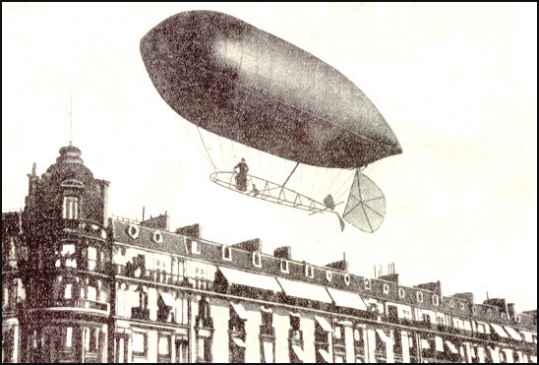 Santos-Dumont was just one among hundreds of self-taught inventors who harnessed the power of the combustion engine and the propeller to create now-forgotten contraptions.

There was the Aéromotocyclette. Commissioned by French lawyer and early aeronautical enthusiast Ernest Archdeacon (also a proponent of Esperanto), this dangerous-looking contraption achieved a speed of almost 80 kilometers per hour. 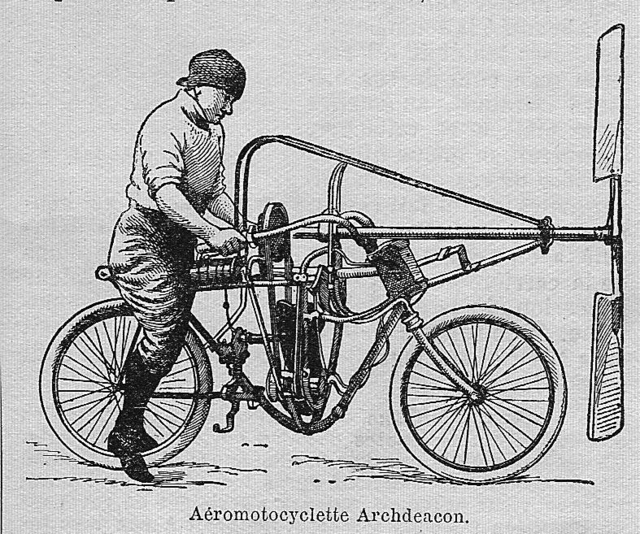 Electric cars were also born in this era of compulsive experimentation—indeed, it’s seldom remembered today that the first Porsche was electric. But the newly-invented automobile and plane weren’t the only machines that tinkerers revamped. One Scottish engineer, George Bennie, created what he called a railplane—a train that hung from a top rail, and moved forward with propellers. His idea was to build this system above existing rail lines, so that faster passenger railplanes could glide above slower freight traffic. You can see it at work here. 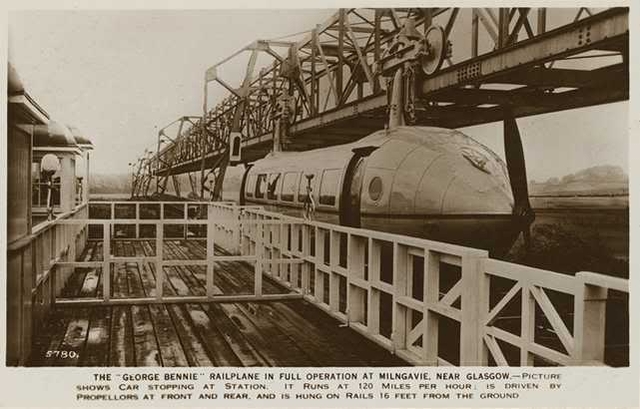 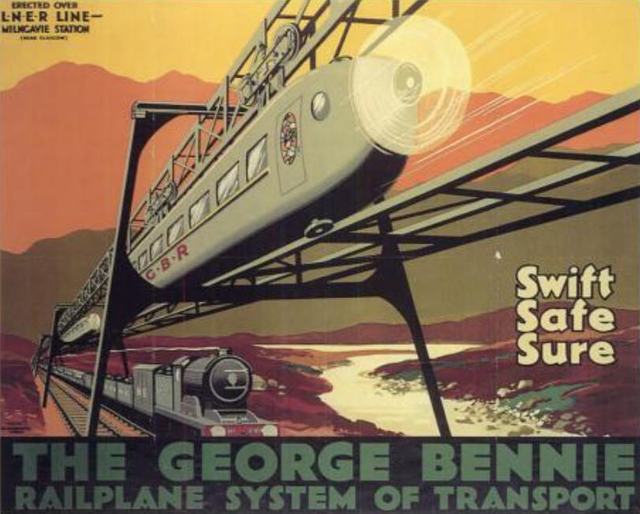 Of course, our obsessions change as new technologies emerge—with the advent of the Jet Age, propellers lost their high-tech appeal. So how about a jet car? Chrysler made a turbine car in the 1970s that could run on diesel, gasoline, kerosene, jet fuel and even vegetable oil. 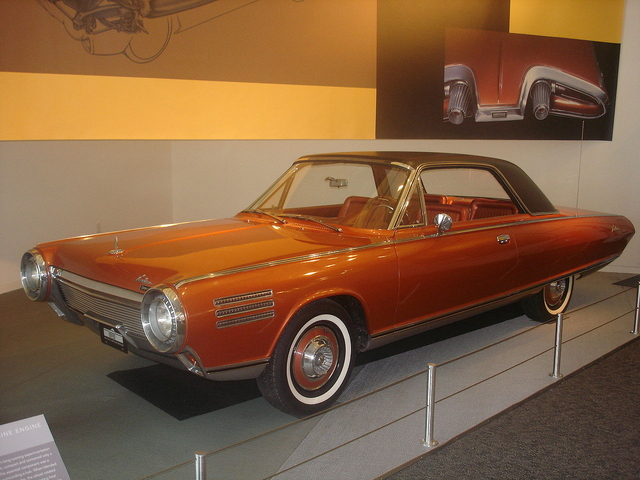 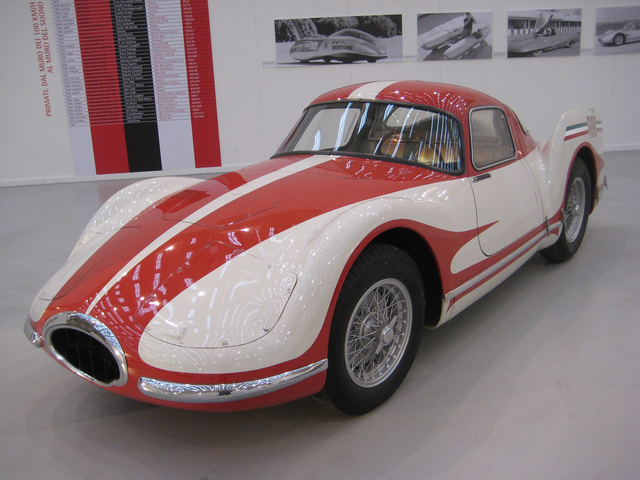 The FIAT Turbina, a 1954 concept car—certainly a design for the jet age. Wikimedia Commons

But technology mashups of this sort don’t belong strictly to the realm of real devices. Imaginary ones also evolve with time. UFOs have since the 19th century changed from being balloons, to dirigibles, to having propellers. Check out this California UFO sighting from 1896: 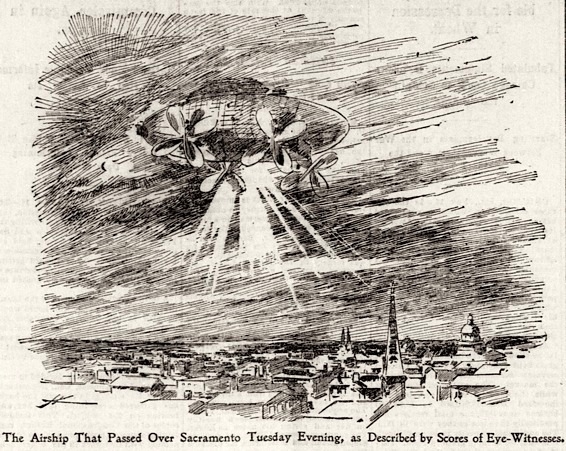