When evening has come, I return to my home and I go into my study. At the threshold, I take off my clothes of the day, which are covered in mud and mire, and I put on regal and courtly garments; and decently reclothed, I enter into the ancient courts of ancient men, where, received by them kindly, I feed on the food that alone is mine and that I was born for. There I am not ashamed to speak to them, to ask them the reasons for their actions; and they, in their humanity, answer me. For four hours I feel no boredom, I dismiss every affliction, I no longer fear poverty, nor do I tremble at the thought of death. I become completely part of them. —Nicolo Machiavelli, 1513

Machiavelli absolutely loved to read. In 1513, he wrote the above letter to his friend Francesco, where he praised reading as a way of transcending boredom, loneliness, and even death. Today, we can read Machiavelli and feel him speaking to us in the same way that he spoke with the ancients: not as remote authorities, but as friends and fellow travellers. David Foster Wallace had a similar opinion of why reading mattered. For Wallace, there was something “nourishing” and “redemptive” about the act of reading. In identifying with an author or a character, he believed, “we become less alone inside.”

We at The Appendix also believe in the power of the written word to bridge gaps, not only between people living today, but between the past and the present. This is the first installment of a new Appendix feature, Weekly Reading, that will combine links to contemporary writing we enjoyed from the past week alongside extracts from authors who might be long dead.

Like Machiavelli, we hope you’re received by them kindly. 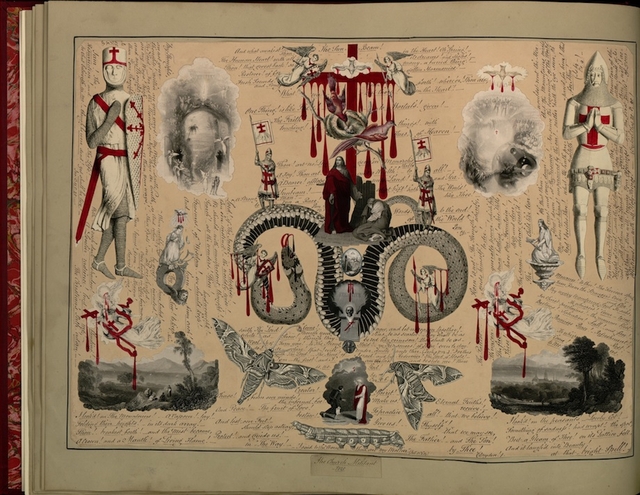 A page from the “Blood Book,” a macabre betrothal present from a father to his daughter in 1854. HRC