What kind of history do people actually like to read?

Professors and Publics: A Roundtable on Popular History

Are historians, philosophers, literary scholars and others in the humanities failing, as Nicholas Kristof recently suggested, to stake out their turf in the public sphere? Are their voices drowned out by, well, pundits like Nicholas Kristof? And if so, who’s to blame?

These sorts of questions have informed our work here since before the launch of our first issue, “The End?” back in December of 2012. The Appendix partially grew out of our collective dissatisfaction with the public outlets available to academics: either publish in sparsely-read journals with year-long lag times between acceptance and publication, or write superficial “letter to the editor” type think pieces in the popular press. That’s why we’re a journal of both narrative and experimental history. We don’t think that scholarly rigor requires unreadable prose. On the contrary, research at the cutting edge of a discipline should be exciting, should feel vital.

But how to get it out there? And what does it mean, in practical terms, to actually do abstractions like “public outreach” or “engaging popular audiences”? What kind of academic writing do people actually like to read?

In our case, we’ve encountered a huge variance in readership across our articles. Some have been featured on The New Yorker, the Atlantic, Slate, Smithsonian, and other mainstream news outlets, proving that it is possible to give oftentimes obscure historical topics mass appeal. But as our list of the most popular Appendix pieces of 2013 made clear, it’s an unavoidable fact that our hits have tended to cluster around some predictably popular themes: sex, drugs, music, magic, cats. Other pieces (including some of our favorite articles we’ve run to date) found smaller readerships. Which raises the question: is it the duty of historians to cater to the masses? Or is there a certain nobility, a calling, in pursuing the past’s twists and turns wherever they lead us, even if it’s into relative obscurity?

Josh Marshall, founder of Talking Points Memo and a former history PhD student at Brown, recently wrote a provocative and engaging piece on these very themes. We were struck not only by the piece itself, but by the lively discussion it produced. Reproduced below are some comments from a group of celebrated early modern historians on Marshall’s article (which we encourage you to read in full here) and the larger question of what it means to write popular history. 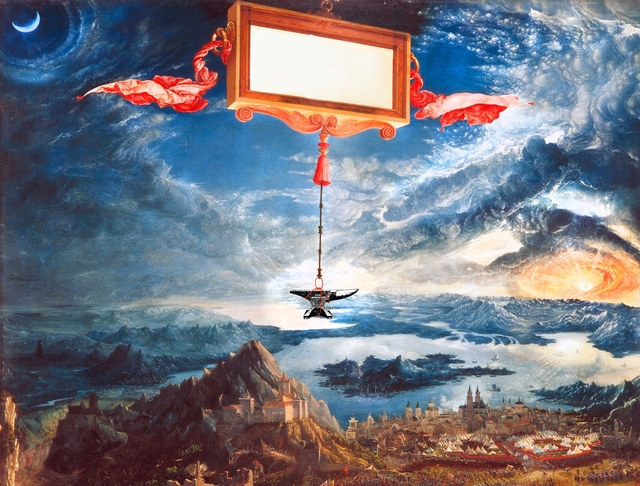 Anthony Grafton: The narrowing of focus that is a condition of actually drilling deep and learning new things is not identical to the narrowing and conventionality of scope and language that may be imposed by fear, a weak market and the like—just read The Cheese and the Worms or Painting and Experience in Fifteenth Century Italy or Society and Culture in Early Modern France again and that becomes very clear. These two very different phenomena are constantly confused in discussions of research in the humanities.

Jacob Soll: Think about the natural sciences—how many weird, narrow projects turn out to be the game changers? The same goes for computers. We need space to dig, be weird, go deep, deep for a long long time. And the person who is good at this might be really bad at prose. The webosphere just doesn’t allow for this. Its also really depressing when journalism people hit the humanities. Is it really our narrowness that is killing us? I can’t keep up with all the good books out there. Were we not narrow 50 years ago? I think bigger questions are at work. I also think journalists who think we are narrow should come sit in on our classes. Our students dig it, and even say that the weird narrow history changes their lives.

Liam Brockey: It seems there is a confusion of inputs and outcomes in this debate: the demands of an academic career on one hand (plus the desires that inform them) and the demands of the publishing industry on the other (and the desires, for revenue, that inform them). Narrowness has been in vogue since the Renaissance—it just used to be that the reading public would buy books on narrow topics. Now they don’t, and publishers won’t even touch them. So have the academics opted out, or have the publishers decided that their business is elsewhere?

… What I didn’t appreciate in J. Marshall’s text was the line about relevance–early modernity (chosen at random among other topics) isn’t as relevant to public discourse as other topics. Really? Is that not in the mind of the headline maker? The journalists?

Josh Marshall: Is it really true that there used to be a reading public for very narrow topics and now there’s not? That doesn’t ring true to me. What I do think is that there was more ‘give’ in the publishing industry, more tolerance for not totally economic models and a different sort of layered reading public. I really don’t have the sense that reading tastes of changed. But the lack of a venue for that kind of writing, I agree, is a very bad thing… I did not choose early modernity out of my hat. That’s my period. I didn’t say it lacks relevance or importance. What I said that in public conversations about public policy, current policy and political debates, it simply does not connect up as clearly as the work of political scientists, economists, foreign policy area experts and so forth. This seems undeniable to me. And this was the point I was making.

Brockey: A brief survey of the titles of mass-market history books of the past generation should give you some sense of how the marketing (if not the market, as you suggest) has changed. Have reading tastes changed? If they haven’t then the publishing industry has responded to other stimuli when deciding what to publish, no? Perhaps I am romancing the past or perhaps imagining a time in which people had a common intellectual background that produced a more unified set of tastes (where has the Renaissance gone? for example). The splintering of educational patterns has produced a splintering of tastes in literature, history, other forms of culture…

Emily Rutherford: I think teaching as a form of public engagement has gone relatively unnoticed in this whole Kristof-inspired discussion. There was community college prof Laura Tanenbaum’s provocative post on Jacobin, but it’s not clear to me why, otherwise, published writing should be privileged as a method of public engagement over the other things we academics and hopeful apprentice academics do. Writing is the way we prove we know what we’re talking about (e.g. in this discipline that we have a sense for historical analysis and solving historical problems), but isn’t the day job that we’re actually hired to do, in the event we do land jobs, teaching? If you teach the American history survey every semester to hundreds of students at a regional state university and get at least some of them excited about thinking historically (and maybe becoming better citizens because of it), that carries just as much if not more public engagement value as writing for a wide general audience online. Teaching the survey year in year out is hardly a life choice well-suited to everyone (similarly, schoolteaching), but it’s surely something done at least reasonably well by very many people and deserves to be weighed against any claims about the narrowness and lack of general interest of academic historical scholarship.

Liam Brockey honed in on assumptions about relevance in Marshall’s TPM piece so common that they’re rarely scrutinized: “If you study the Middle East or macro-economics or international relations or public policy, your input should be pretty germane to many public questions,” Marshall wrote. “If you specialize in English settlers in New England in the mid-17th century, your knowledge is distinctly less relevant.”

But why, when we talk about issues of public policy and current events, do we assume that only people who study the last fifty years or so have something to offer? Could we take a page from the “millennial scale” of the Long Now Foundation (whose executive director we interviewed in a previous issue) and expand our temporal horizons both forwards and backwards, taking into account a wider frame of reference when we debate “current” events?

Brockey: As for the relevance of early modernity: there’s been much work on religious violence and tolerance. Those seem to be particularly relevant issues, no?

Grafton: I go with Liam, here: work by Norman Cohn, back in the day, by Natalie Zemon Davis, by Brad Gregory, by Stuart Schwartz—not to mention a slew of people working on similar issues in late antiquity (paging Candida Moss) and the Middle Ages (David Nirenberg)—have a lot to tell us about the violence of religious feeling and action and the violence that can be associated with it. I had the great advantages of learning from teachers—Eric Cochrane and Arnaldo Momigliano—and senior colleagues—Bob Darnton, Natalie Davis, Mike Mahoney, Carl Schorske, Jerry Seigel and Lawrence Stone—who were and happily in several cases still are wonderful writers. And I have never encountered the critics who prefer Germanic, jargon-ridden prose—to me, they’re like the Amazons and giants that New World explorers heard about, always over the next hill. But I’m sure they exist.

Brockey: I was told in mock admiration that my first book “read like a novel.” What does it mean to write seriously and accessibly? Grad school trained me as an historian. It did not train me as a writer, rather good writers did—like Tony, for example.

One thing we’ve learned from The Appendix is that the medium in which history is presented can be hugely important: one suspects that few out of the 130,000 who read our piece on The School of Venus (1680) would have been interested if it didn’t feature bawdy woodcuts. Rich visual sources, quirky tales of forgotten histories, and topics of perennial interest like sex and war are naturally going leap to the forefront when it comes to popular history.

But it’s a missed opportunity if we leave it at that: quality writing with a quality presentation (be it in print or pixels) will always find readers, regardless of subject matter. We passionately believe that there’s a place in the public sphere for what we, in our original editorial letter, called “the people and events just outside what gets taught in school… the marginalia of bored policemen and monks, the lost journals of the failed and forgotten.” Being popular, in short, doesn’t have to mean being obvious—or dumbed down. There’s plenty of room for experimentation.

This post is itself an experiment—an attempt to bring debates that are often restricted to back channels into a public space. And it’s not a closed off dialogue—send us your comments at [email protected] and we’ll update this post to incorporate them.

Anthony Grafton is a former president of the American Historical Association and a professor of history at Princeton.

Liam Brockey is a professor of history at Michigan State University.

Josh Marshall is the founder and editor of Talking Points Memo.

Jacob Soll is a professor of history at USC and a 2011 MacArthur Fellow.

Emily Rutherford is a Marshall Scholar and graduate student in history at the University of Oxford.