Yma Sumac posing in a macabre photo spread for Life Magazine in the 1950s.

Let the haters have their say: that 1950s exotica-singer Yma Sumac was no Inca princess, born in the Andes Mountains of Peru; that her voice couldn’t possibly span five octaves; that she was actually a housewife from Brooklyn named Amy Camus, or ‘Yma Sumac’ spelled backwards.

But the haters are wrong. 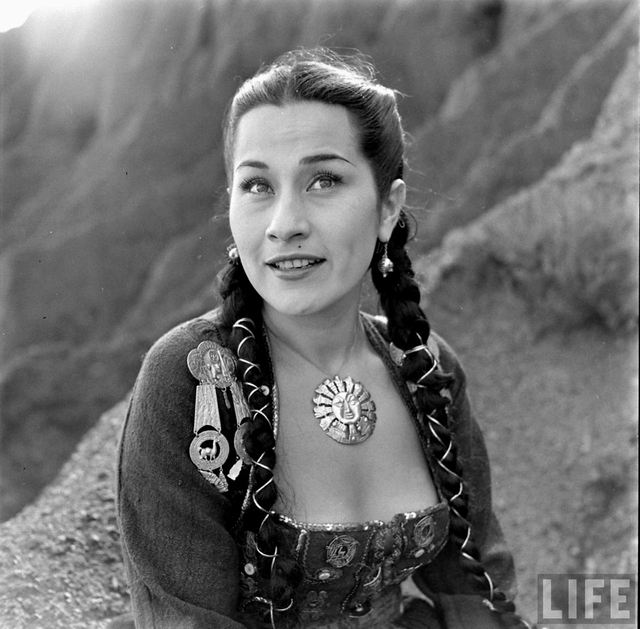 Tomorrow, The Appendix runs an article by Zoila Mendoza, the daughter of Yma Sumac’s best friend in Peru, that explores the chanteuse’s true story and reveals her true name. It reveals that it wasn’t just Americans that had doubts about her authenticity and the cult-following she inspired; Peruvians were just as exacting.

It’s a terrific piece and we hope you read it. And in case you need a reminder of who Yma Sumac is—the only Peruvian, apparently, with her name in Hollywood’s Walk of Fame—then here is her singing in her most high profile pop culture role, as an Inca priestess in the fantastic Indiana Jones-inspiring 1954 film “Secret of the Incas.”

If the song sounds familiar that’s because it is: the Coen brothers used it in a very … well … “bouncy” moment in “The Big Lebowski.”