Announcement of the discovery of Pluto in the March 14, 1930 issue of the Chicago Tribune.

Letters to the Editor: Bodies

For the Bodies issue, we searched for letters about all things corporeal: a 1780s tirade about frugality that maligns “French Cooks, Italian musicians, foplin taylors, dancers, tirewomen and all the mangos which retain to luxurious pleasure,” for instance. Or an early account of nitrous oxide which seems to protest too much about the absence of “errotic [sic] symptoms” when the gas was administered.

But our favorite are a batch of letters that weren’t necessarily to an editor, but rather an arbiter: Neil deGrasse Tyson to be exact, the director of the Hayden Planetarium, which aroused the ire of astronomically-inclined schoolchildren throughout the United States when it demoted Pluto from a planet to a more ambiguous form of cosmic body, a “planetoid” or “dwarf planet.” The kids were, to put it mildly, not all right. Here’s a sample: 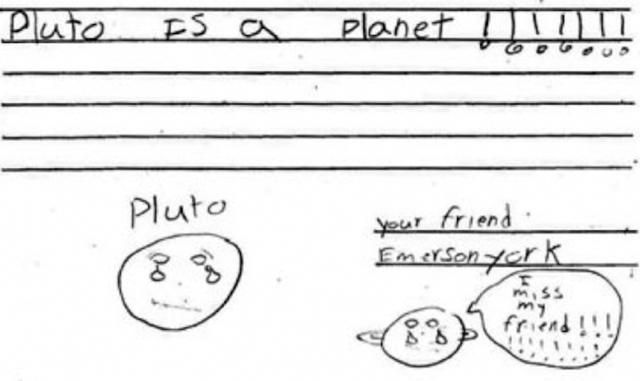 As always, we hope these letters inspire you to write letters of your own—to The Appendix and to parties deserving and otherwise.

“A Seasonable Recommendation of Frugality. In a Letter to the Editor.”

We are told that frugality is a most churlish and unbeneficial thing to society. For consider, say they, in what the prosperity of a state consists. In nothing so much as a quick circulation of property. By this, the citizens of any body politic are always kept busy and alive; but a very great part of the present circulation is derived from such indulgences, as frugality would certainly exclude. If the mere demands of nature were only to be listened to, without any allowance for gay appetite and fancy, what would become of those thousand employments, and of that infinite quantity of circulating property, which depend upon diet, dress, ornamental furniture, and elegant amusement?

… those despicable ministers are always humble worshippers of the Demon who supports them; and never fail to spend in her service the votive offerings which her favourites bring to her shrine. French cooks, Italian musicians, foplin taylors, dancers, tirewomen, and all the mangos which retain to luxurious pleasure, are constantly known to dissipate their large revenues, as fast as they get them … thus propagating through the whole nation, as far as their influence extends, puny bodies and effeminate minds, for the strength, glory and happiness of the body politic.

“On the Use of Nitrous Oxide”

SIR– During the last three years I have not met with a single instance in which errotic [sic] symptoms have occurred, the number and variety of habits of the patient having been too numerous to attribute this to mere chance.

Undoubtedly nitrous oxide requires more skill in its administration than chloroform, in order that complete anaesthesia may be produced and retained in its integrity; this is only to be acquired by constant practice, which leads me to believe that the sensual emotions described in the extract would not have occurred had the use of the anaesthetic been sufficiently pushed at the proper time.

… It is rather a curious fact that the lowest known temperature that can be produced takes place on the mixture of two anaesthetics, namely—bisulphide of carbine and liquid nitrous oxide; at this temperature, which is 220 below zero Fahr., alcohol becomes so viscid that the vessel containing it may be inverted without any of the alcohol falling to the ground. 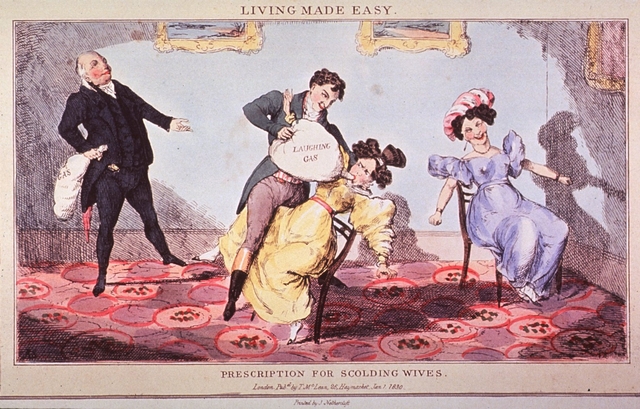 A satire on laughing gas from 1830 London. Wikimedia Commons

The following letter relates to our article “Ditsong’s Dioramas” in the present issue.

Sir,—To settle a dispute, will you please tell me in your correspondence column whether the Taungs skull, discovered by Professor Dart, has since been found to be merely an ordinary ape skull, or whether it is still considered to be that of an early type of man?

[Editors respond]: Neither. The theory is that the skull is that of a man-like ape. Doubts have been thrown upon the correctness of this theory, but the matter is by no means settled.

Pluto is the humblest of planetary bodies—so humble, in fact, that it was demoted by the Hayden Planetarium in the year 2001. The children of the world were less than pleased by the loss of a favorite planet, and they made their views known: 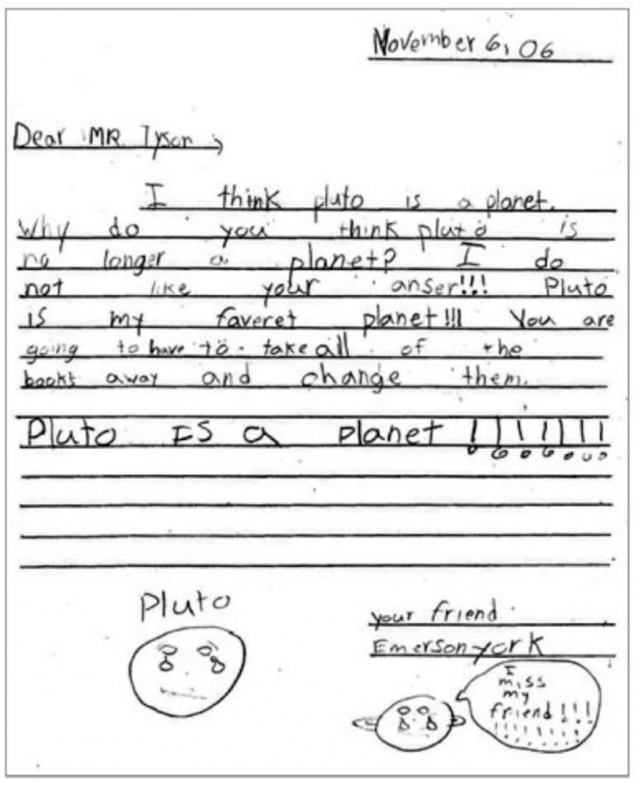 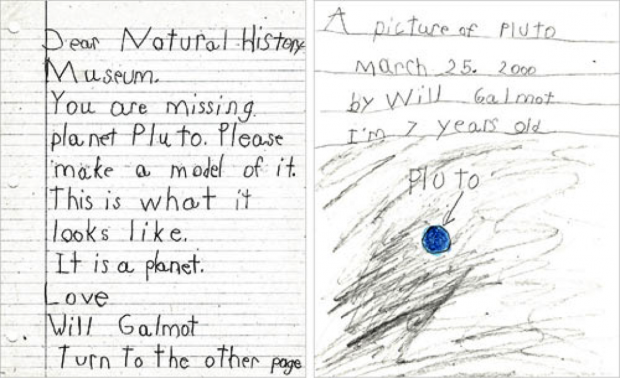