“On the Island of Thieves”

Andrew Cohen is a comic booker in Washington, DC. In addition to his self-published projects like Howzit Funnies, he has contributed stories to the Eisner-nominated anthology Trickster and the follow-up anthology District Comics. His most recent work, “Surrealia,” with writer Billy Lopez, appeared in the Fall issue of Mount Hope, the literary magazine of Roger Williams University. More of his work appears on his website, http://howzitfunnies.blogspot.com.

For this first original installment of the Not-So-Funny Pages of The Appendix Andrew illustrated an epic moment from The Travels of Fernão Mendes Pinto (1614), a posthumously-published travelogue by a Portuguese merchant, Fernão Mendes Pinto, who sailed throughout the Indian Ocean and South China Sea in the sixteenth century, surviving a series of misfortunes. This was one of them. 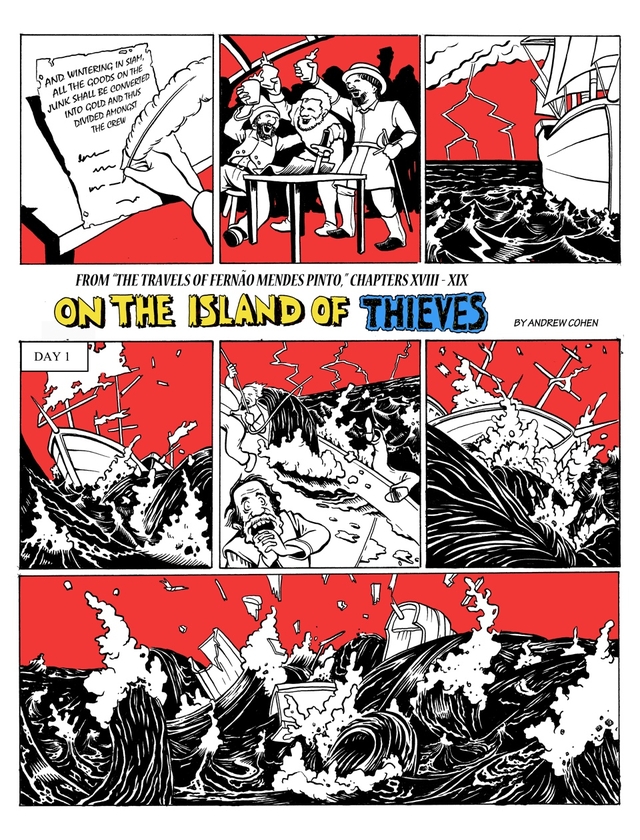 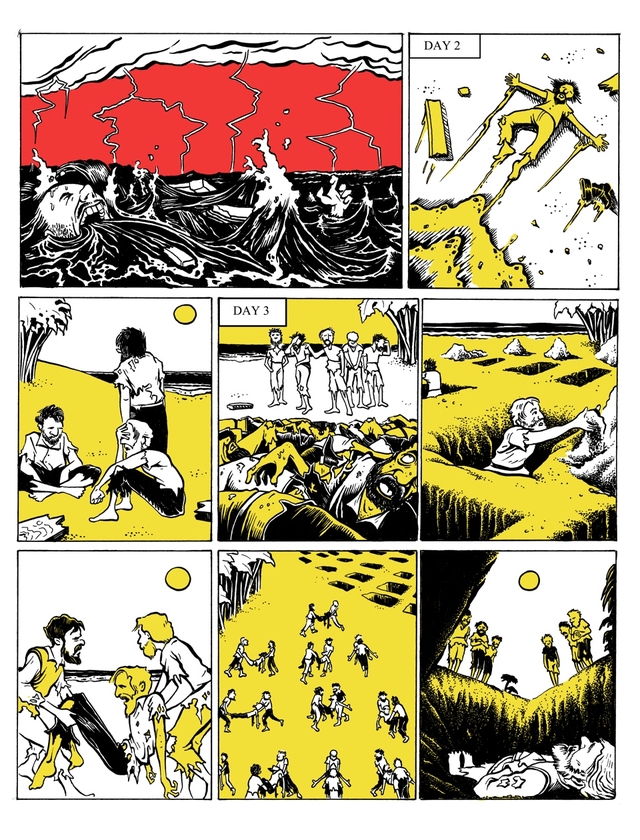