Local History: The Vulture Mine and Vulture City–Wickenburg, Arizona

In this section, The Appendix brings you a photograph or two from local archives, and a little history as well. Our idea of “local” is broad—from Augusta to Zagreb—but in every case, a local historian, usually a resident of the community she writes about, will tell the story of the image and provide its context in the history of the area.

For our first issue we followed the theme of “The End” to places that have both a beginning and an end: ghost towns. These former communities have neither locals nor local historians, but our contributor Lynn Downey has made many a trip out to this particular ghost town, Vulture City, and knows both the physical remnants and the records that document its fleeting existence in the late nineteenth- and early twentieth centuries. 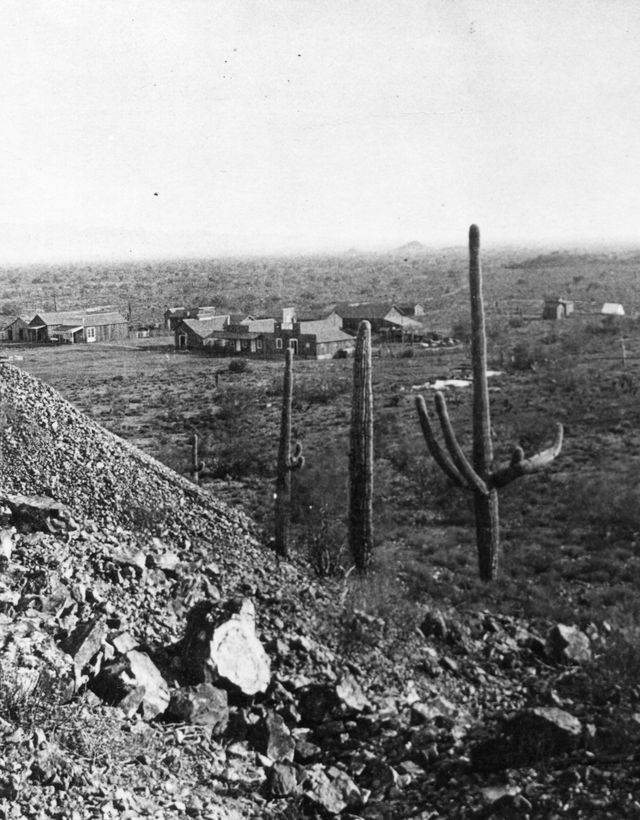 No one knows exactly how Vulture City got its name. That story is lost in time, like the town itself and the mine and mountain that started it all. It’s possible that Henry Wickenburg, the man who discovered the Vulture Mine in 1863, named the area after the native birds that nested on quartz ledges and in crevices of the mountain and soared high overhead searching for dead and dying animals.

What we do know is that Wickenburg was born in Germany in 1819, and arrived in the United States around 1847. By the early 1860s he had settled in central Arizona after hearing news of recent gold strikes there. In the fall of 1863, he and two partners worked a dry claim near a distinctive peak south of the present-day city of Wickenburg, later named for Henry himself. There they found gold-bearing samples. Henry worked the claim after his partners left, though he was not certain that the site would pan out. 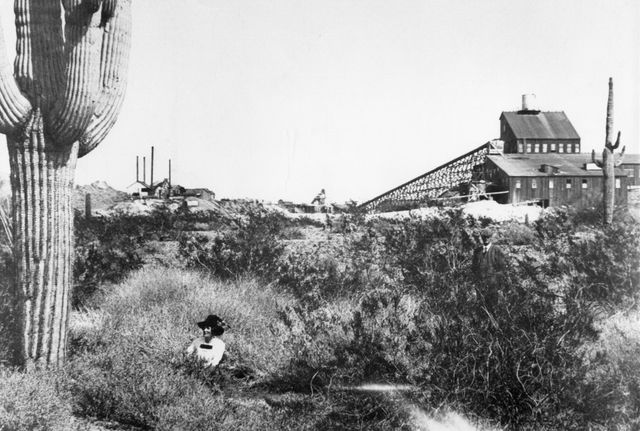 But it did, and the mine was called “The Vulture.” The community that sprouted around the mine became a fully functioning town in just a decade. In 1870, for example, a judge named John A. Rush bought a storehouse and its contents in Vulture City. As reported in the February 26 issue of The Weekly Arizona Miner, published out of Prescott, Rush’s store “is next to the Vulture Quartz Mill, Vulture City, and patronized by the Vulture Mining Company and its numerous employees.”

The fortunes of the Vulture Mine continued to make headlines throughout the nineteenth century. It was bought and sold more than once, and for a time was owned by former Colorado Senator Horace Tabor. A post office was established in Vulture City around 1880, though it was closed a few years later. The early twentieth century brought new strikes and the promise of more riches, but the mine and Vulture City began to fade even as Wickenburg’s fame grew as the “Dude Ranch Capital of the World” in the 1930s. The mine was closed during World War II and has been privately owned since the 1970s.

Many of the former Vulture City buildings are either gone or are crumbling into the desert. But the site can still be toured today and its former glory is not difficult to imagine.

**Lynn Downey** is a native California writer, historian and archivist.