“The Tremendous Man of Color!!”

Andrew Cohen is a comic booker in Washington, DC. In addition to his self-published projects like Howzit Funnies, he has contributed stories to the Eisner-nominated anthology Trickster and the follow-up anthology District Comics. More of his work appears on his website, http://howzitfunnies.blogspot.com.

Of his piece in this issue of The Appendix, Cohen writes, “Tom Molineaux was a nineteenth-century boxer. To add anything more—to imply that he was a success, or a failure, or a cautionary tale, for instance—would be to assume too much about how we choose to understand his life. His contemporaries tended to see Tom’s life with hindsight, from the vantage point of his death; today, we tend to look forward, from his youth, to the important events of his early life. This comic tries something else, by picking a particular moment and then telling Tom’s life in three directions: backward from that moment, forward from that moment, and finally within that moment itself. Factually, nothing is changed. However, by changing the structure of how Tom’s biography is told, the events of his life are re-juxtaposed and are hopefully illuminated with the light of new contrasts.” 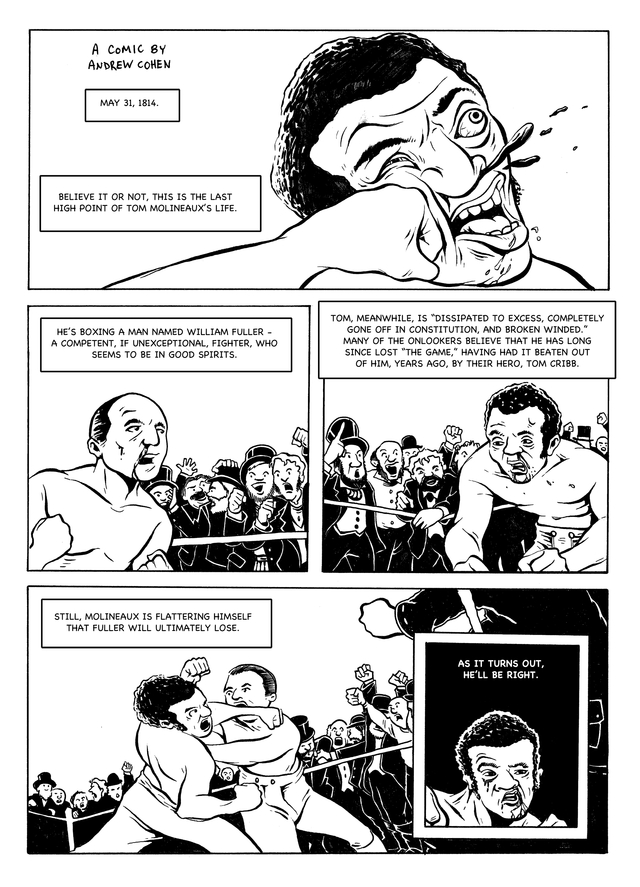 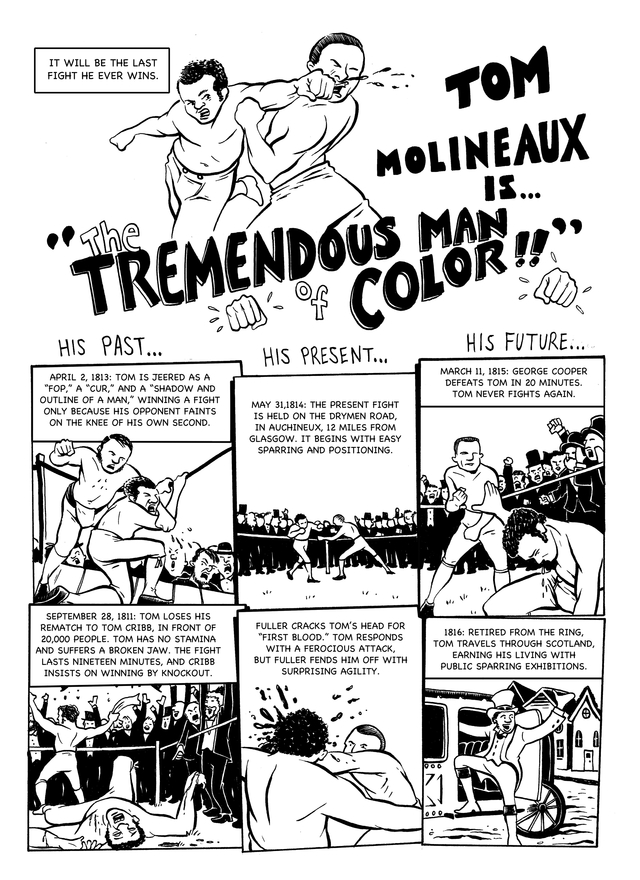 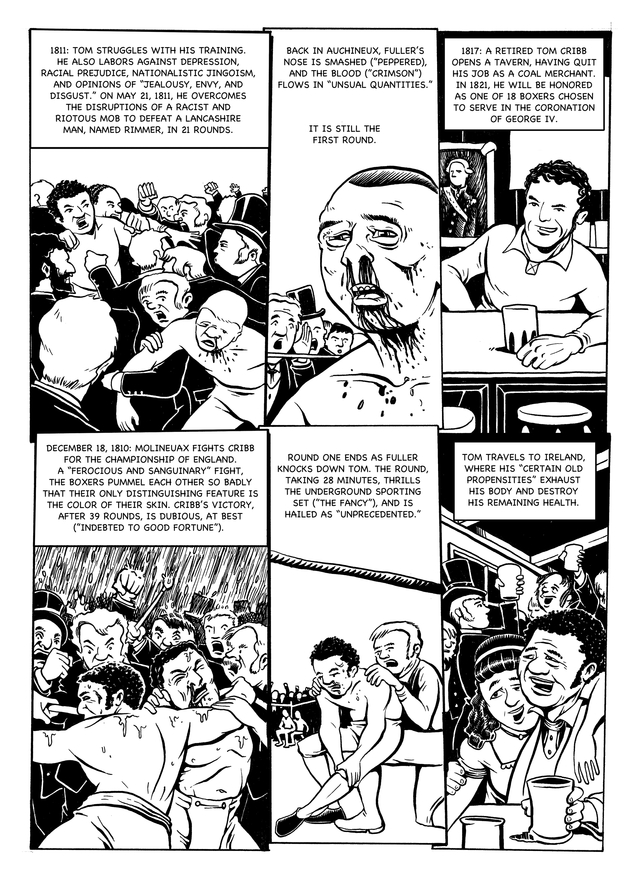 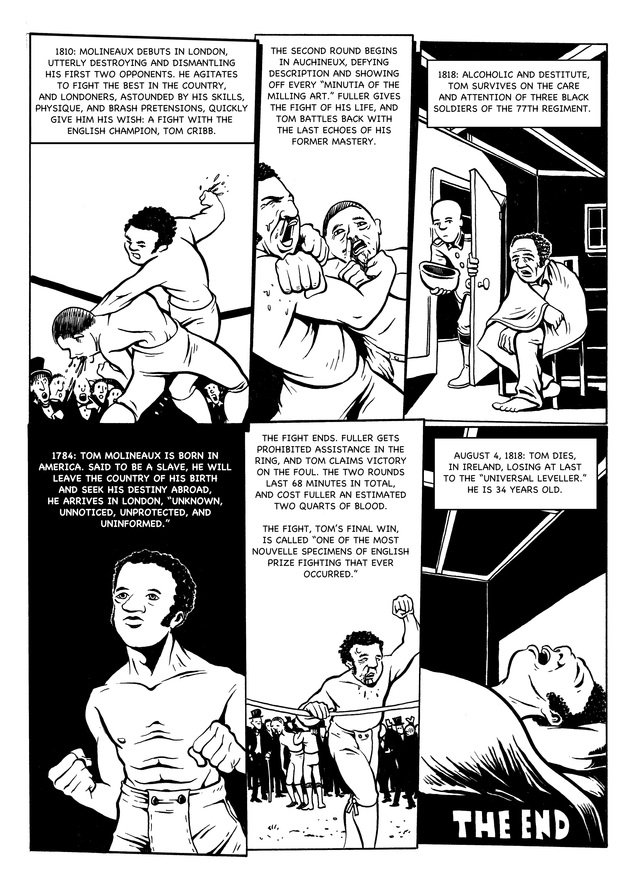