In this edition’s local history section, Jan Bell and Duncan Macdonald, longtime residents of Drumnadrochit, Scotland, offer a brief history of their village. Drumnadrochit is located in the Scottish Highlands by the River Enrick and near the western shore of Loch Ness. Long before it became famous for a certain mythical monster, the town hosted a thriving market and cattle auctions, and the Estate that encompassed much of the area employed a large portion of the local population. One building in particular stands as witness to the town’s different eras: it has been a courthouse, a rent collection center, an inn for visitors during hunting season, and in its present incarnation, it houses the Loch Ness Monster Exhibition. 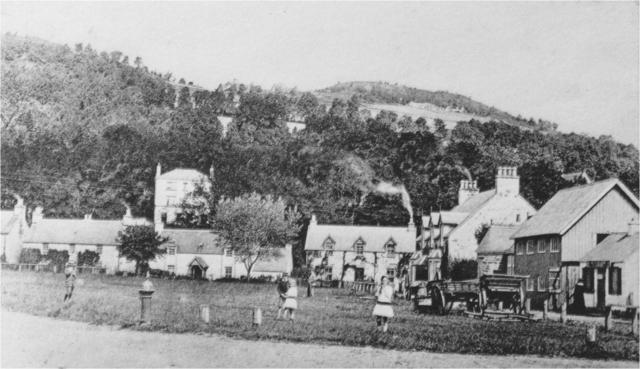 The original settlement of Drumnadrochit, whose name comes from the Gaelic for “the ridge of the bridge,” grew up in the seventeenth century at the natural crossing point of the River Enrick, which flows through Glen Urquhart and into Loch Ness. The Green was formerly the site of a market for cattle and sheep. The complete house on the left is the oldest, dating from the 1830s. The Joinery workshop on the right is now a café, and some of the houses have been converted into bed and breakfast businesses and a restaurant. Drumnadrochit has become a tourist-oriented village, as seen below. 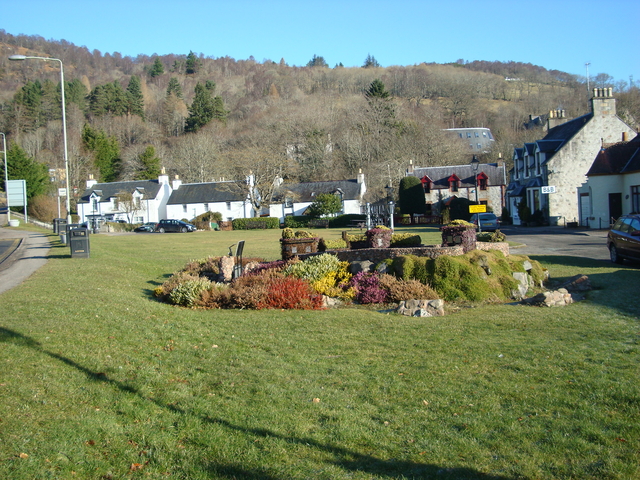 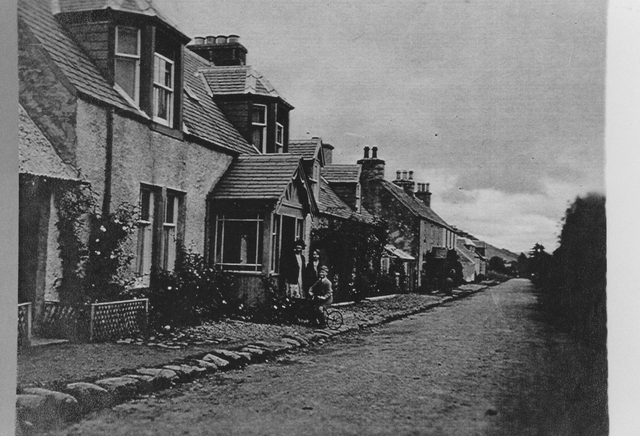 The neighboring village of Lewiston lies alongside the River Coilty. Much of Glen Urquhart was part of the Balmacaan Estate owned by the Grant family of Seafield (whose principal estate was in Cullen, Morayshire). The Estate was bestowed on the Grants by King James IV of Scotland in 1509 and remained in the family’s ownership until 1946. In 1803, Sir James Grant provided houses with some land for his tenants and named the village Lewiston after his eldest son, Lewis. 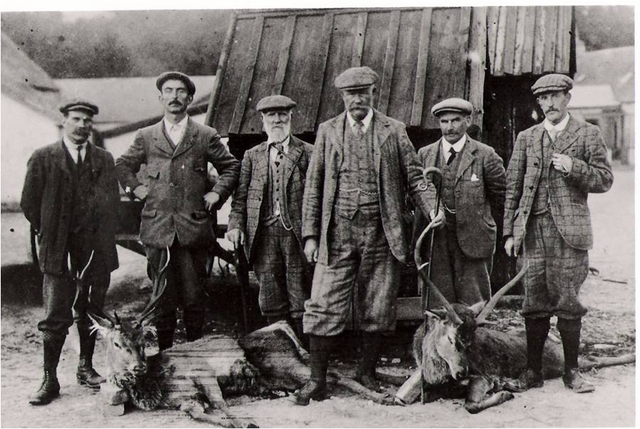 The heyday of Balmacaan Estate was in the 1880s and 1890s when it was rented to Bradley Martin, one of that new breed of wealthy American industrialists who held many Highland sporting tenancies at the end of the nineteenth century. Around forty local people had permanent employment as gamekeepers, gardeners, and domestic servants at the Estate. 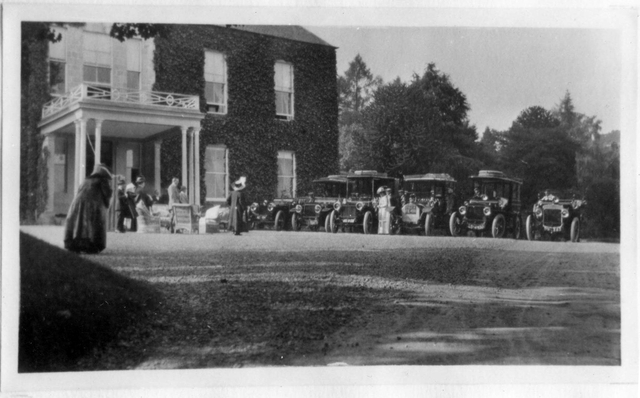 End of the Season at Balmacaan Duncan Macdonald

Bradley Martin’s season was a glittering affair, beginning with his arrival in Inverness in a specially hired train with luggage, silver plate, horses and vehicles, as well as family and staff. His entertainments were legendary and Grand Duke Michael of Russia was one notable houseguest. Mrs Martin is seen photographing the line-up as the entourage leaves at the end of the season. After 1920 the fortunes of Balmacaan, along with the Seafields, declined. In 1946, the estate was sold piecemeal and many of the local people were able to buy their holdings at a reasonable price. The big house was allowed to fall into disrepair and was finally demolished in 1972. 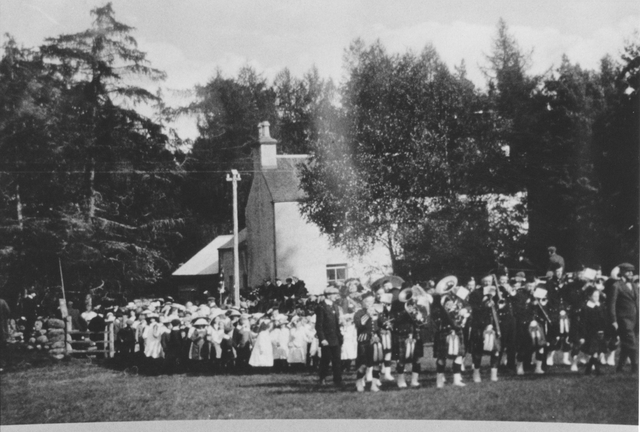 The Martin family were popular residents, contributing generously to many community projects, notably the building of the Public Hall in 1906, still in regular use. This picture shows the village children marching onto the cricket field, now the playing field used for the annual Highland Games and for games of shinty—a long-established Highland stick and ball sport similar to hockey (and, some believe, taken by Highland emigrants to Canada and USA where it evolved as ice hockey). Alongside the children is a band brought from Inverness. The village later enjoyed various entertainments such as a money scramble, eats, and a fireworks display, all arranged by Fred Martin, Bradley’s brother. 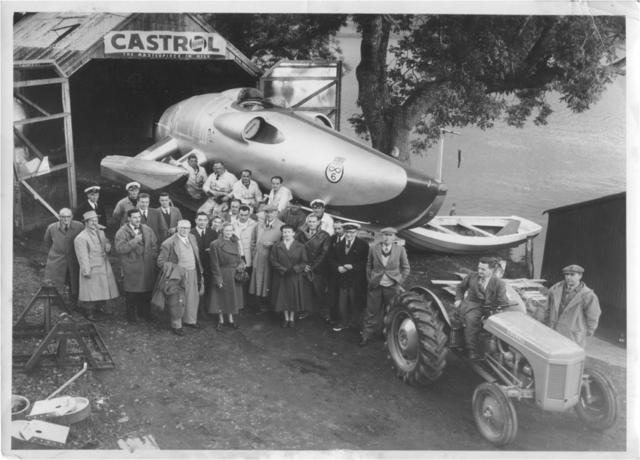 For his attempt to beat the world water speed record in 1952, John Cobb chose Loch Ness and Temple Pier became the headquarters for his team. Cobb was an underwriter for Lloyds and a fur broker in London whose wealth allowed him to indulge his appetite for speed. A specially constructed shed housed his boat, called “Crusader,” and the entire support team is shown standing in front, with Cobb in the centre of the group wearing a cap. In the weeks before the attempt, many visitors, including the Queen Mother, came to watch. On the 26th of September, Crusader hit waves, probably from a support vessel, and Cobb was catapulted out and killed instantly. This was a huge blow to the community, to whom he had endeared himself, particularly by allowing no work on Sundays, in deference to local custom. The community later erected a cairn above the spot of the accident. 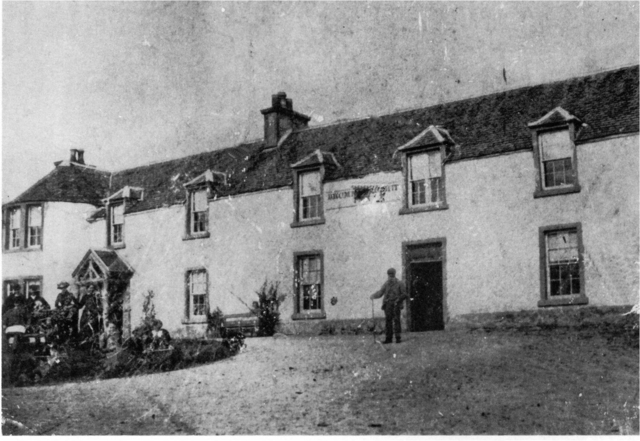 Originally owned by the Balmacaan Estate, the inn was used for a Justice of the Peace court and for rent collection from the estate’s tenants, as well as providing accommodation for travelers and guests who came during the shooting season. It was extensively renovated in 1882, and, following a fire in the 1980s, it now houses the Official Loch Ness Monster Exhibition.

**Janet Bell** is a resident of the Green, Drumnadrochit of 45 years.

**Duncan Macdonald** is from Lewiston, Drumnadrochit and has lived most of his life in the area.