Sing to us of the king, Clio—that musical king and divine lyre—who ruled Cyprus with wealth and song; who died when he lost to Apollo in a musical throwdown.

Sing to us of Kinyras!

Glynnis Fawkes and John C. Franklin, pictures and words for “Kinyras,” one of this issue’s selections for our Not-So-Funny Pages section, met on the island of Cyprus. Both were studying the classical and archaeological Greek world, but each did so from their distinctive creative foundations: Fawkes was an artist, and Franklin a musician. Bronze Age sparks flew, and they got together with plans of collaborating on ancient music videos. The music videos haven’t happened yet, though they did get married and have two kids. A veteran of ten years of archaeological excavations in the eastern Mediterranean, Fawkes now draws witty comics, works as an archaeological illustrator, and paints. Franklin is an Associate Professor of Classics at the University of Vermont, an expert on ancient Greek and Near Eastern music, and a composer of scores in the style of ancient Greek music. They live in Burlington.

The following comic is their very first artistic collaboration, though both have worked before on the Cypriot king Kinyras and his place in Greek story cycles. Fawkes’s nine-page comic of the story of Myrrha and Kinyras was among the notables of Best American Comics 2012, edited by Jessica Abel and Matt Madden. Franklin’s forthcoming book with Oxford University Press, Kinyras: The Divine Lyre is the text on which this comic, or “graphic article,” is based (and also features Fawkes’s illustrations). For this comic, Franklin came up with the script, and Glynnis contributed the art and lettering, adapting and re-imagining scenes to dramatize the text.

Their work is not yet done. Fawkes is planning a larger project in which she’ll expand on the stories of Paris and Helen before they reached Troy; together, they hope to continue the collaboration that began with this piece for The Appendix. We can’t wait. 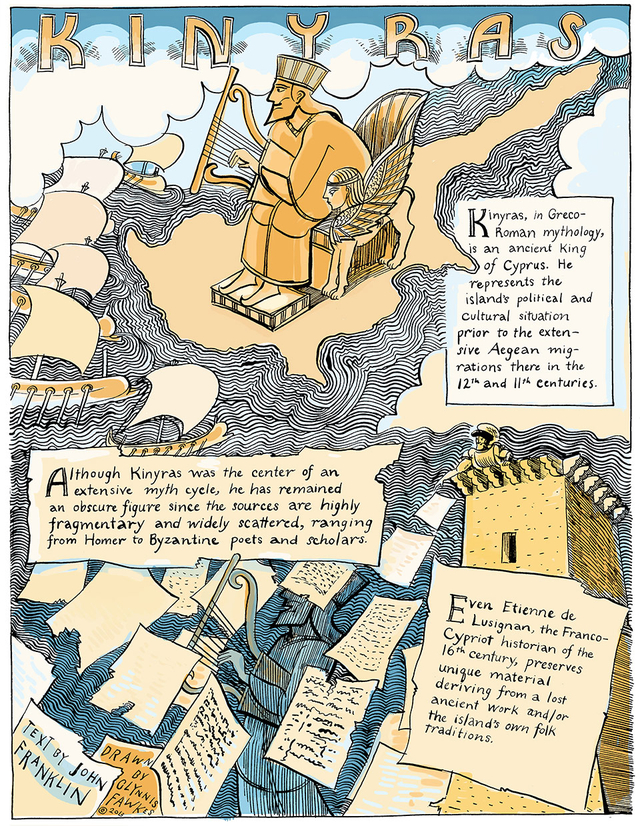 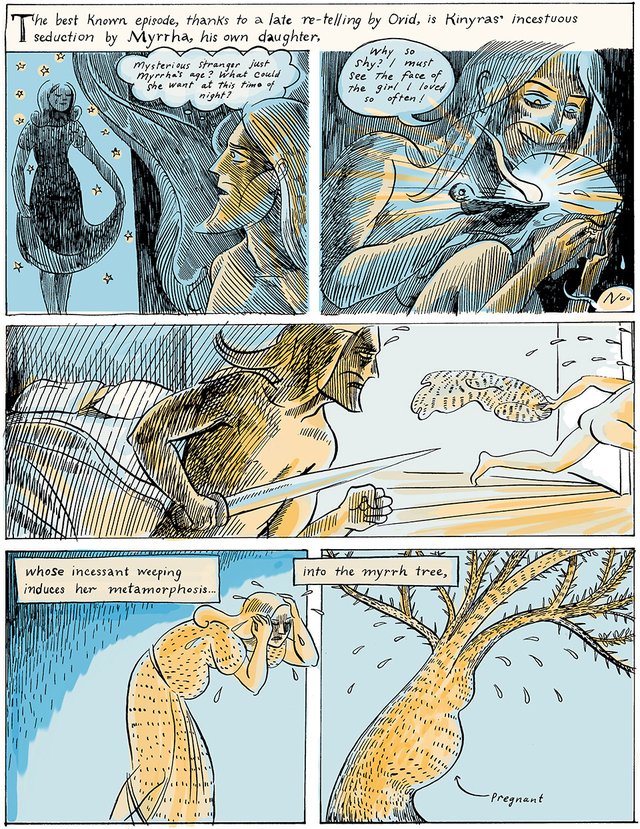 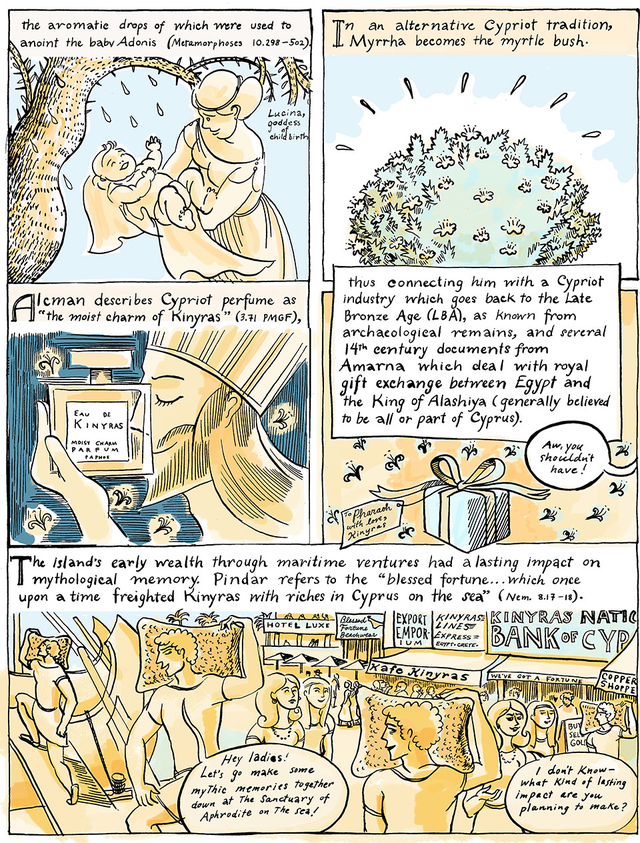 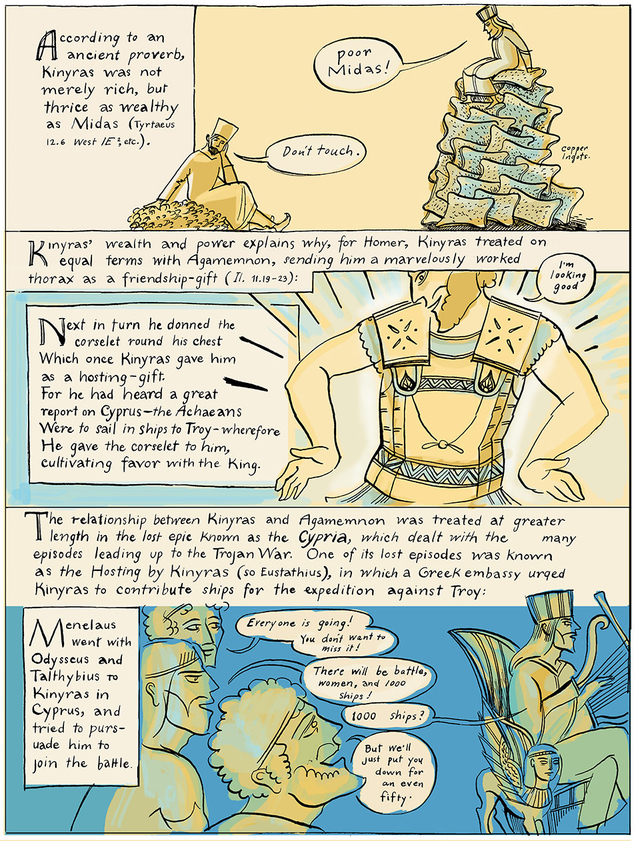 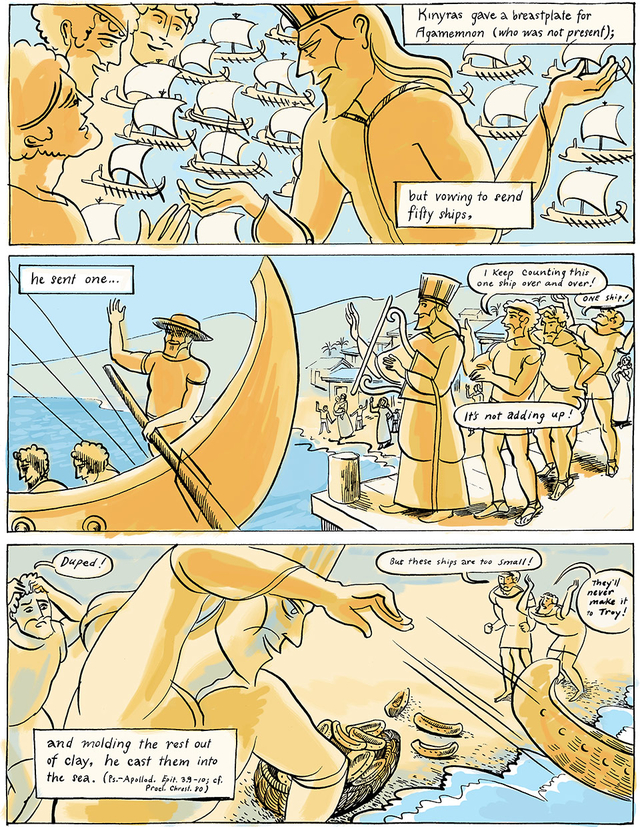 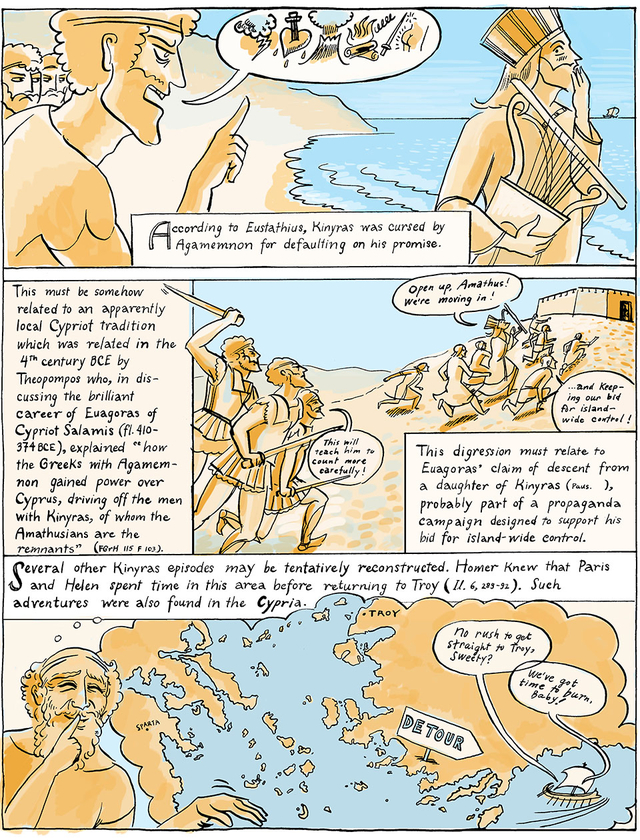 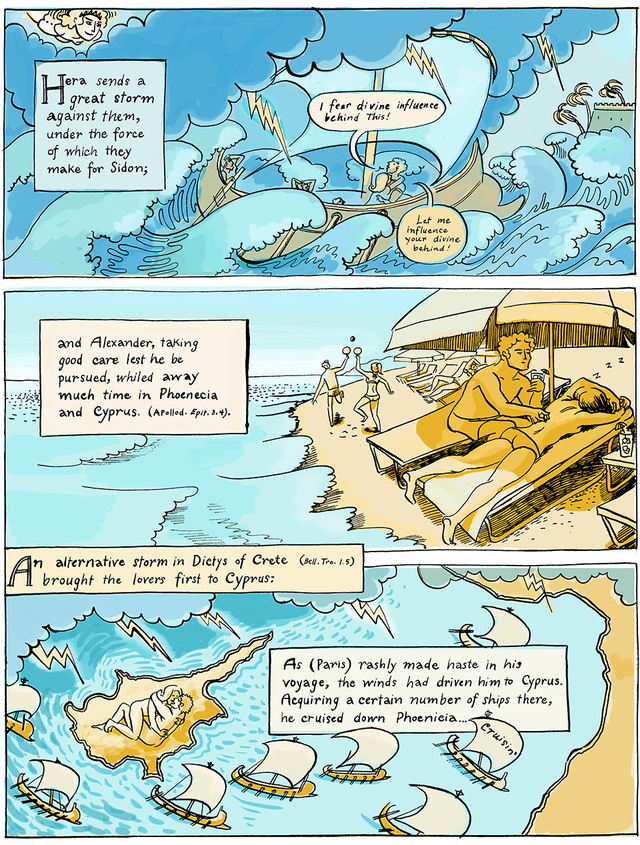 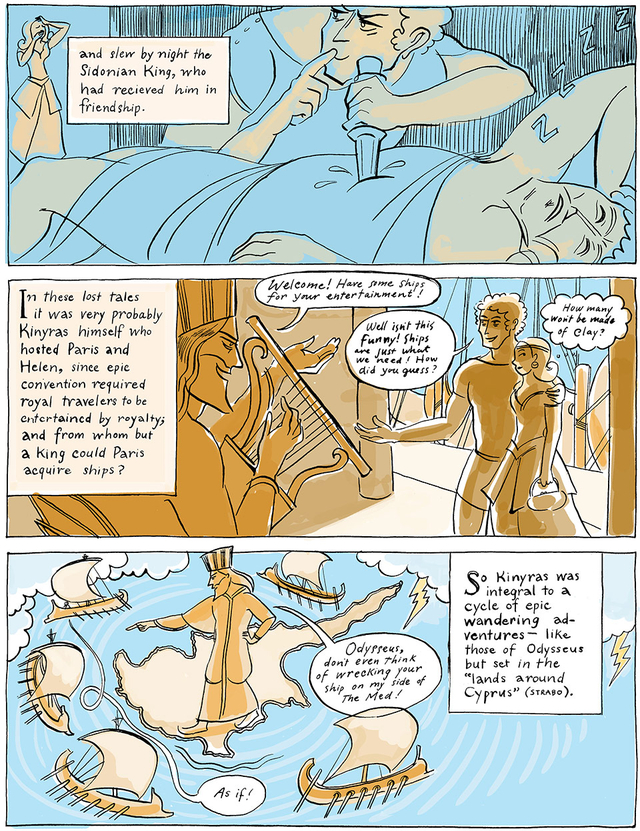 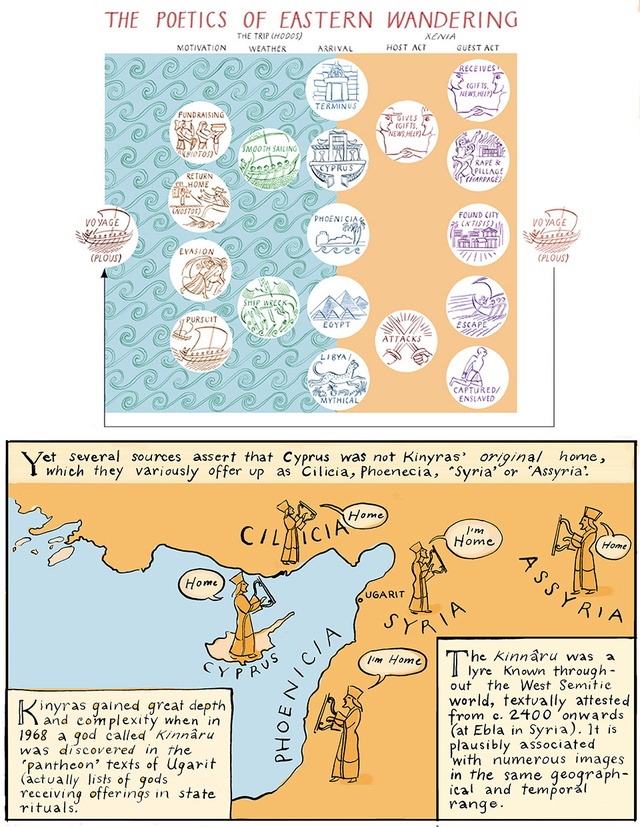 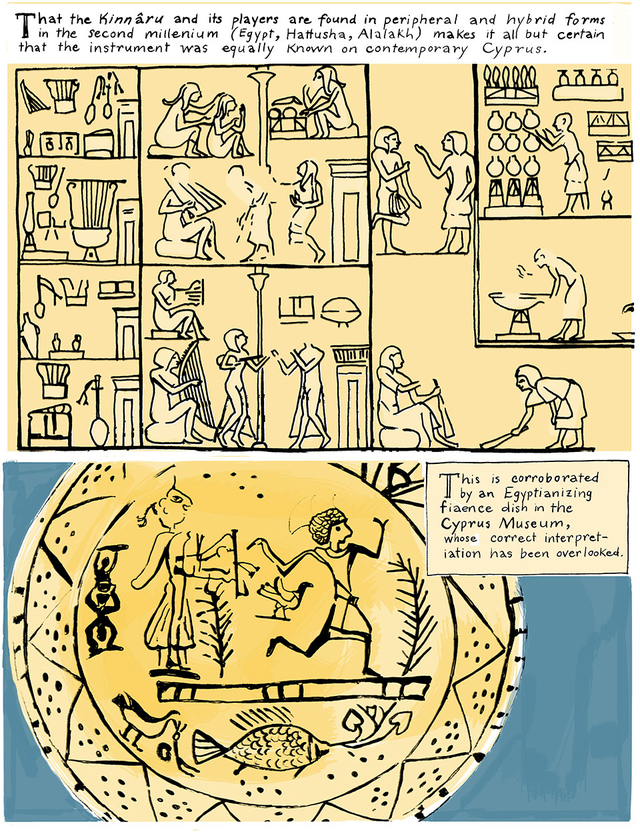 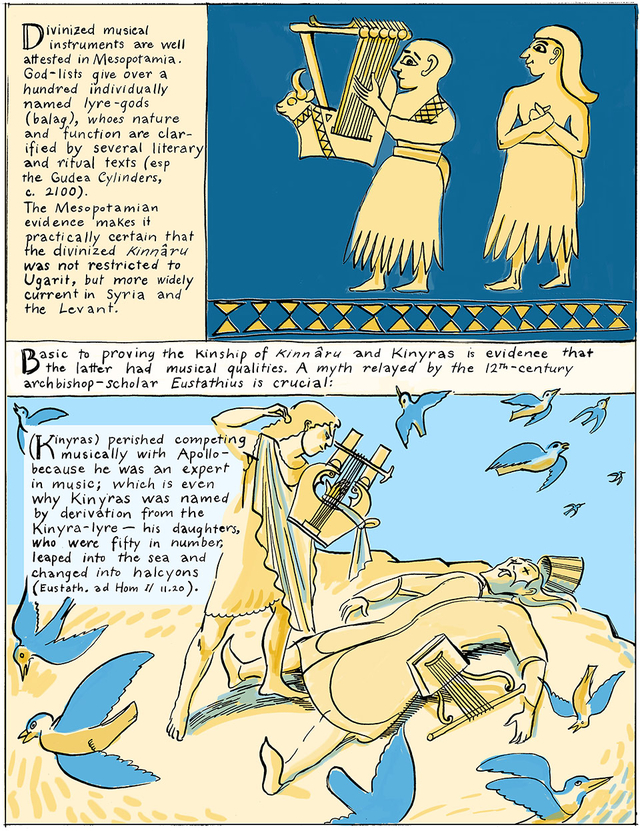 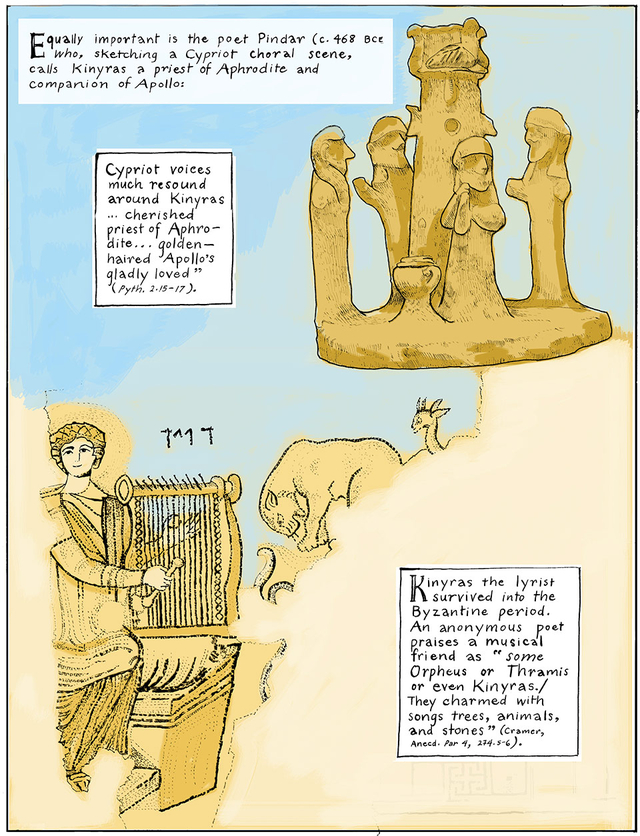 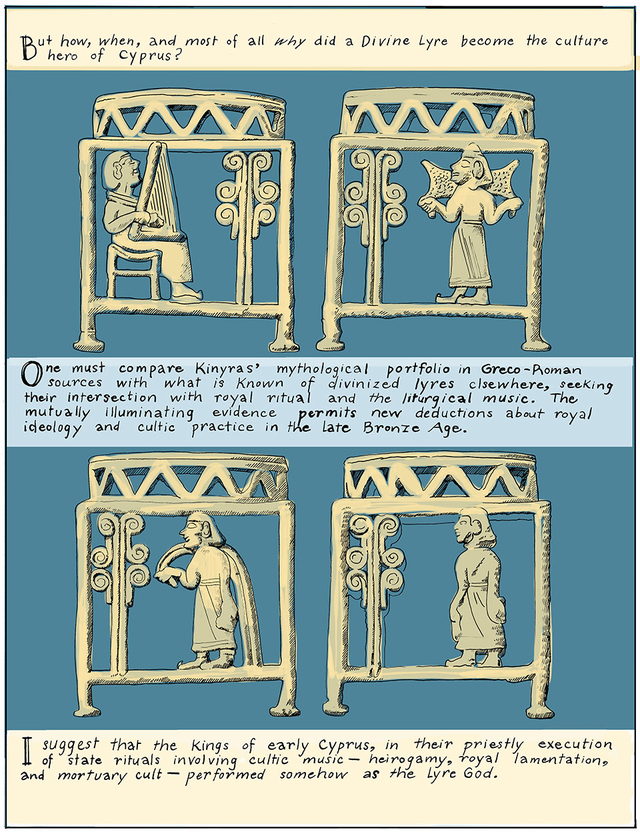 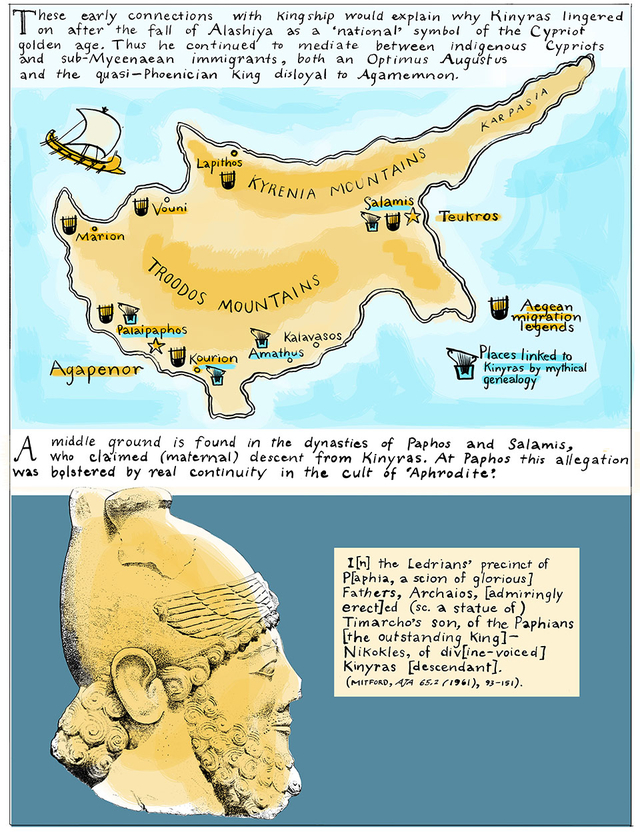 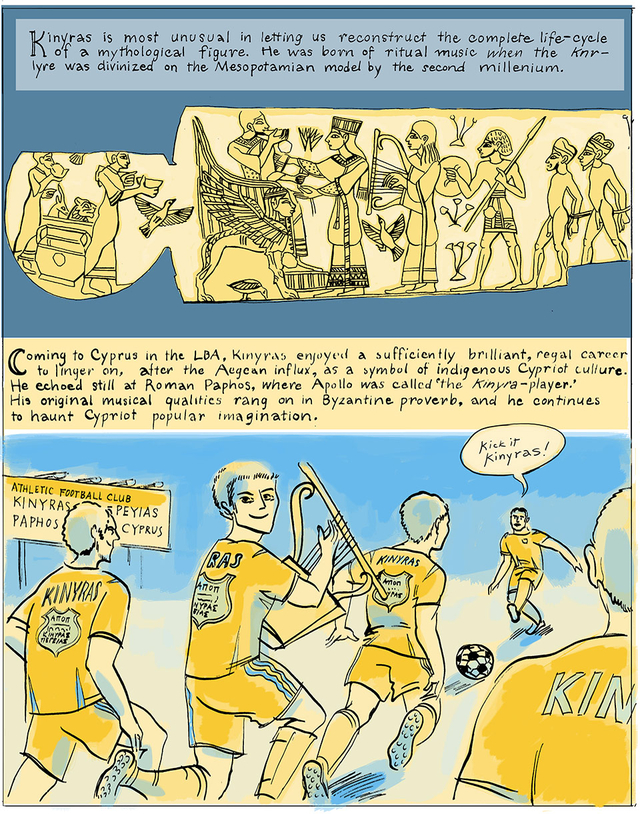 **John Franklin** is a Associate Professor of Classics at the University of Vermont.

**Glynnis Fawkes** is a painter, cartoonist, and archaeological illustrator living in Burlington, VT.