Letter From the Editors 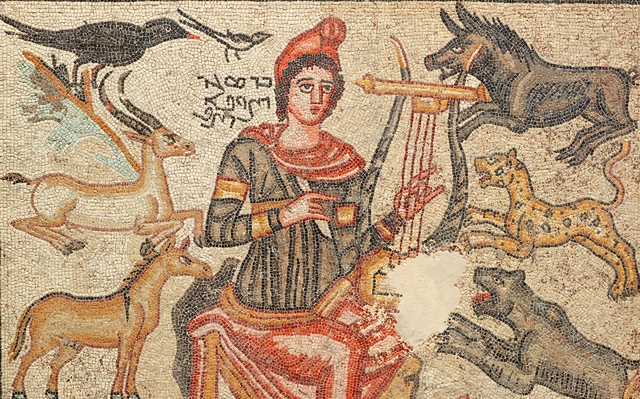 How can we know what the past sounds like? When we record the present, what sounds do we choose? And how will those choices change the histories we tell in the future?

Historians are in the habit of using sensory metaphors to describe the past. In The Appendix’s previous editorial letter, for instance, we wrote about “seeing history in our minds’ eyes, listening for its voices, hearing its music.”

This, however, was a mistake.

What we see and hear are records of past events—never the real thing. We might find a metaphor in the Greek bronzes whose inlaid eyes of ruby, ivory, or obsidian have been replaced by empty sockets. Though the dead leave material traces in the frozen faces of statues, in the words in books, or the ghostly voices on LPs, perhaps the act of recording failed to capture something fundamental about their souls. What is true of the statues might be true of every past life: we can never really look them in the eye. And we can never hear their voice.

Or can we? Our contributors find many entry points into the history of sound, reconstruct many beginnings, and offer many answers to this question. For the naturalist Bernie Krause, the history of sound begins before the evolution of Homo sapiens, when our ancestors first developed a sonic vocabulary of proto-language and proto-music by imitating birdsong and other forms of “biophony” (a concept anticipated by Charles Darwin). Taking myth as an alternate starting point, John Franklin and Glynnis Fawkes offer a visual history of a legendary lyre-player from Ancient Cyprus who brought music to humanity, while Will Buckingham re-imagines the Orphic legend in Bulgaria. Other pieces zoom in to discover histories of sound on a scale both miniature and momentous: Michael Schmidt, for instance, reflects on a father’s sonic record of his daughter’s childhood.

In tracing sonic histories, we have tried to embrace a variety of perspectives. Perhaps the only constant in these works is that they emphasize the human aspect of sound—an essential starting point, since (as the team responsible for the Clock of the Long Now know all too well) a bell only chimes in the desert if there are ears to hear it.

But the variety of modes of hearing, and the different ways of producing and using sound in human cultures, are dizzying. Sound can be a devastating weapon, as Melissa Kagen’s research into the history of auditory torture demonstrates. Yet it can also be a beacon of humanity, intimacy, and warmth: in our Field Notes feature, Amber Abbas offers a personal reflection on the voice of her grandmother and how it has sustained her memory even after her death, while for Mark Hailwood, early modern drinking songs offer a window into vanished worlds of camaraderie.

Part of what makes music so important to human societies is that it can cross cultures, even as it retains some essential element of its creator. Mary Caton Lingold studies the creole song of an enslaved woman, reconstructing its social function in part by learning how to sing it herself. Jonathan Webster shows how the import of pianos into nineteenth-century Burma created a unique musical culture that turned a symbol of Western classicism into a medium for a distinctively Burmese cultural expression. Zoila Mendoza traces the musical legacy of a Peruvian singer and her significance as an indigenous woman on the world stage. And moving to 1980s San Francisco, Chris Smith ponders what happens when a band that forged its persona in a tiny musical subculture tries to move beyond its roots.

William Butler Yeats wrote that “an aged man is but a paltry thing … unless Soul clap its hands and sing.” For the poet, as for so many, song was a form of redemption, a means by which a soul “fastened to a dying animal” could escape its cage and become purified, redeemed, even immortal. Several of our pieces explore the interstices of song, religion, and identity. Glenda Goodman writes about a Puritan minister kidnapped by Indian and French raiders whose memories of Psalms were what held him together as his life collapsed around him—and whose musical prejudices led him to vilify the French Catholics who tried to convert him even more than his native captors. Moving across the Atlantic to Africa, Danielle Skeehan shows us how songs helped newly-captured slaves retain their identities in the holds of the Middle Passage.

Despite the richness inherent in histories of song, however, we tried to resist allowing music to dominate the issue. Human-created melodies, after all, are just a tiny outcrop on a vast glacier of sound: from the beating of our own hearts in our chests to the inarticulate calls of animals, most of what we hear is not music, but noise. Jonathan Meiburg takes us to the half-hidden Hall of Birds in the American Museum of Natural History, where living birdsong has been replaced by silent, stuffed mementos. Timothy Fulford writes about the haunting sounds of the Arctic Circle, where early nineteenth-century Europeans found that human voices were transformed by natural phenomena they didn’t understand, and by the seemingly miraculous powers of Inuit shamans. And Rachel Ozanne brings us a history not of sound, but of its absence.

Not all of the pieces in this issue will harmonize, but maybe that’s the point: there’s as much to learn in cacophony as in melody.

We hope you enjoy this exploration of sound over the coming months—and will tune in again on October 1 for our more improvised next issue, our first with no theme.