Divining the Future in Babylonia

We featured Jed McGowan’s “Hawaii” in a previous issue of The Appendix, and were so taken by his lovely, largely wordless comics that we invited him to contribute an original work to “Futures of the Past.”

The thematic guideline was simple: make it about the future. McGowan came through with the panels below. Whereas McGowan’s “Hawaii” and “Voyager” dramatized inanimate forces operating across vast distances and chronologies, “this comic is much more human,” McGowan writes. “One thing that interested me about ancient liver divination is that the diviners were using a small, specific object (a liver) to understand a much larger world. I tried to communicate that in my comic by using many close-ups throughout and ending with a wide shot when the omens are revealed.”

For readers wishing to learn more about divination by liver—the formal name is haruspicy—McGowan recommends the wonderfully-titled Babylonian Liver Omens by Ulla Susanne Koch. “The omens that come at the end of my comic were taken from it,” he told us. 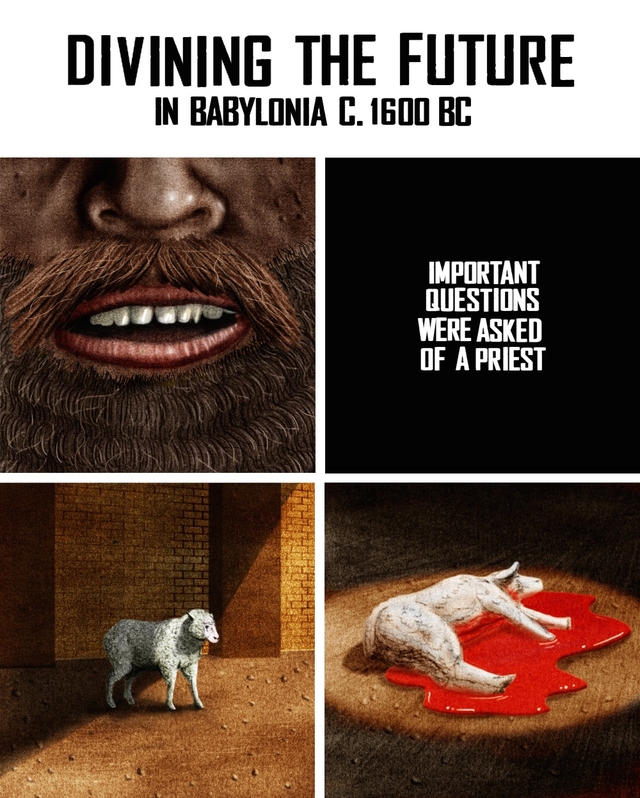 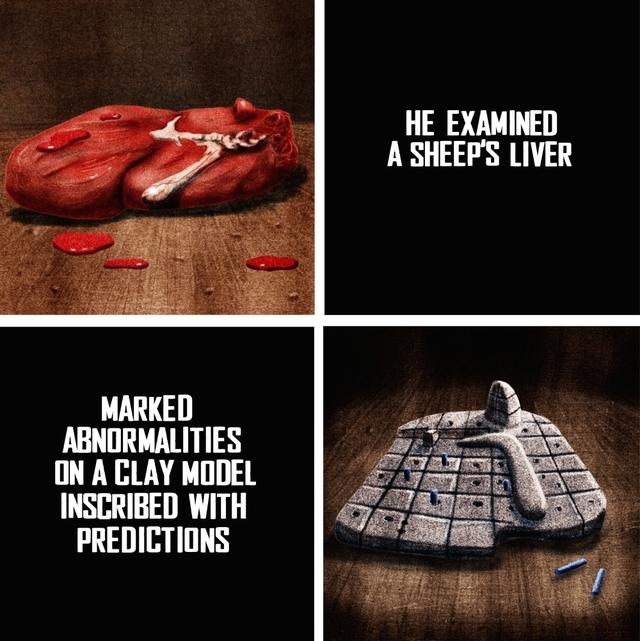