Logo of the 1920s “Digs” newsletter, excerpted in this issue.

Letters to the Editor: Digs

Our fifth issue, “Digs,” excavates the varying meanings of the word, from holes in the ground to digging in archives, and from nice digs (homes) to mean ones (insults). To complement the theme, we uncovered historical letters to the editor on subjects ranging from a tiny but “perfectly formed frog” miraculously imprisoned in a piece of coal to the science of the grass rings where fairies reside.

As always, we hope they inspire you to write letters of your own—to The Appendix and to parties deserving and otherwise.—The Editors

(To the editor).
The natural origin of these “green sour ringlets,” respecting which the most remarkable legends in the annals of fairy land refer, has long been a matter of controversy. Some have absurdly supposed that they were caused by moles; others that they were the effect of lightning.

VYVYAN
[No address given]

One of the most curious finds unearthed lately in this region, and what may yet prove a valuable fact in the study of science and history, was singularly found by Eddie Marsh, the fourteen-year-old son of Mr. D. B. Marsh, a book-keeper for Stevenson Brothers hardware dealers. 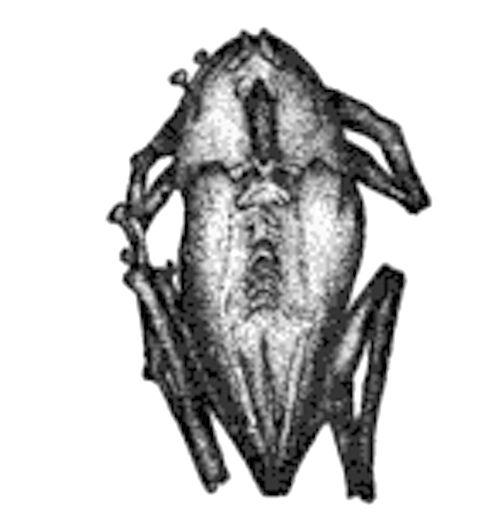 Eddie, becoming impatient at the fire in the stove, which was not burning vigorously, took the poker and began punching it. A large lump of coal lay smoldering, and he determined to break it; and after punching it for a moment, the lump burst open as if in an explosion, and a number of pieces flew out of the stove. One piece he caught, and its lightness attracted his attention.

On viewing it, he saw that it was nothing less than a perfectly formed frog. It had been embedded in the centre of the large lump of coal.

Now various and tough questions arise regarding it. How did it get so far underground? How did it become embedded in that chunk of coal, which probably had been blasted from the centre of a thick vein? How many thousands of years had it been buried?

This really is a good camp, in spite of the damp—and the puns! Oh those puns! With coffee and without. The one about the “s’noran zone” was the worst. But we know it isn’t confined to Pullman, in spite of what Mr. Hodge says. Just let him stroll past the big tent on the hill after ten o’clock some night—most any night will do—and he’ll realize that Dr. Cowles is right. Battleship Rock is located in the Upper S’noran Zone and can even offer a few specimens of Lower S’noran types.

All of which has nothing whatever to do with the present price of matches. Let’s get down to business and talk about the dig. And skeletons. And all the rest of the this and that’s connected with bone digging. Let us sit back on our heels and chortle a bit that we may sit on a wheelbarrow and sort shards while the bugologists from the slums traipse around the country.

They may call us bone diggers and what not if they like, but they have to admit WE BROUGHT THE COOK!

Gazing at a miniature model of New York City at the 1939 Worlds Fair.

Sirs:
We take pleasure in informing you that the May 23 issue of LIFE, in microfilm, will be included in the Westinghouse Time Capsule, to be preserved for our posterity of 5,000 years hence.

The Westinghouse Time Capsule, a tube of copper alloy, was buried on the grounds of the 1939 New York World’s Fair on Sept. 23 by Westinghouse Board Chairman A. W. Robertson and Fair President Grover Whalen. Archeologists are expected to dig it up in 6939 AD, crack it open and find a complete record of 1939 civilization, preserved on microfilm. Citizens of 6939 who examine the May 23 issue of LIFE will find pictures of Adolf Hitler’s visit to Mussoloni, the battle of Taierhchwang in the Chinese War, Hollywood Glamour Boy Errol Flynn and such New York glamour boys as William Rhinelander Stewart and Jules Glaenzer, Roger Tory Peterson’s paintings of American songbirds in color, and a photographic essay on city planning.–Ed.

Sirs:
The article on Melbourne says that “miners, called ‘diggers,’ passed on their nickname to Australian soldiers.” However, others have noted that the nickname resulted from the digging activities of trapped Australian and New Zealand troops on the ridges above Gallipoli.

A request by trapped Anzac Corps to withdraw prompted the operations commander, Sir Ian Hamilton, to reply, “You have to go through the difficult business, now you have only to dig, dig, dig until you are safe.” Dig they did, and ever since, the Australians have proudly borne the name of “diggers.”