The Appendix Guide to Gertrude Bell in the Hauran 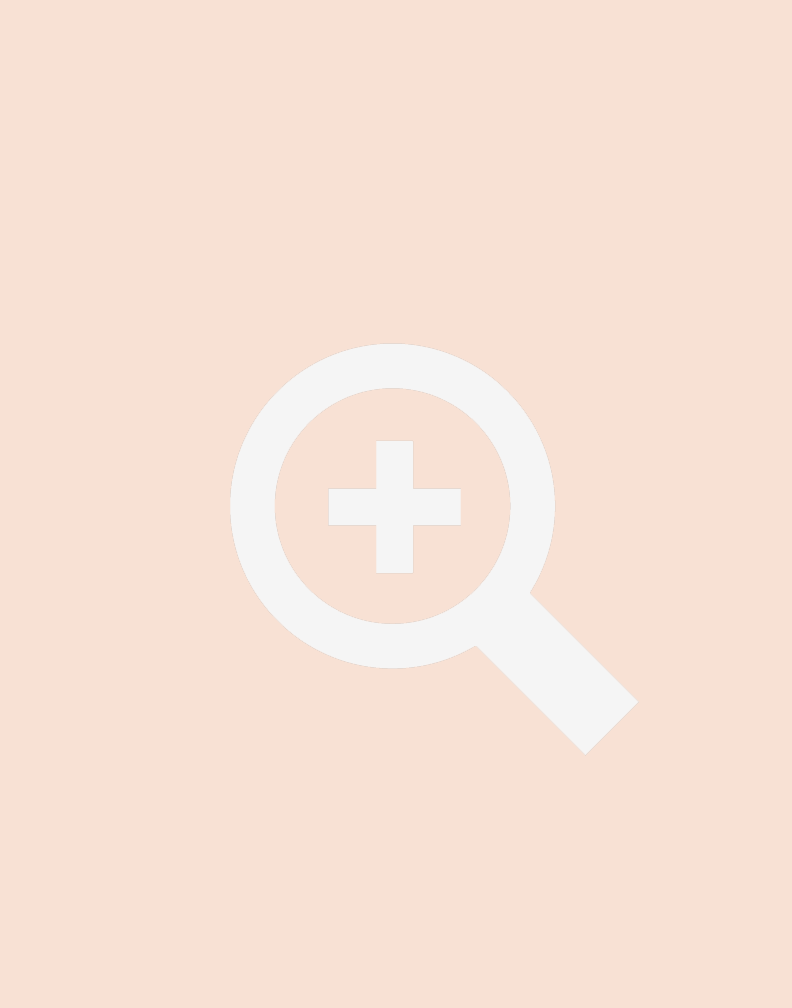 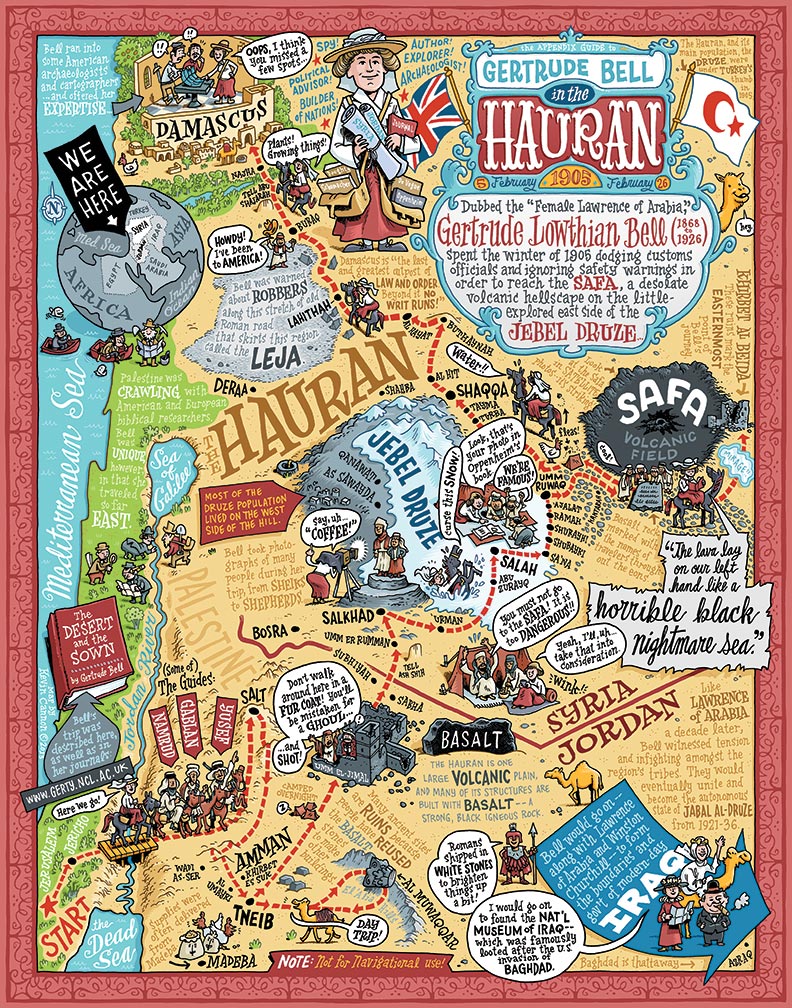 For ‘The Appendix, Appendixed’ of our last issue, “Off the Map,” contributor Kevin Cannon gave us a waggish “cartographic biography” of the Danish explorer Peter Freuchen and his peripatetic First Thule Expedition to Greenland in 1912. The project proved so rich—Cannon had to leave out Freuchen digging himself out of an ice cave with a knife made of his own excrement—that we’ve decided to make it a regular feature, leaping from continent to continent, map to map, life to life.

This issue Cannon went east, and south, for the explorations of the Englishwoman Gertrude Bell in the Hauran region of Syria in February of 1905. He explained why over email.

Kevin Cannon When it came time to decide what to draw for my second Appendix map, America was in a heated stand-off with Syria and it looked possible that we could be entering another long, bloody battle in the Middle East. To my embarrassment it dawned on me that I really had no knowledge of Syria’s geography or history, and I figured that it was my duty as an American to at least know something about the country we were going to invade. Fortunately the war never happened, and I can say that I’m now slightly less ignorant about this small corner of the globe.

After reading through the only book on Syria in my local library, I stumbled on a very brief mention of someone named Bell who, according to the passage, traveled through snow during her time in Syria. The mention of snow in what I thought was a burning desert climate of course caught my attention. The Bell in question is Gertrude Bell, an extremely adventurous English woman who wore many hats in the early nineteenth century, from spy and political officer to archaeologist and cartographer. From what I could tell she took several solo trips into some of the most remote parts of Syria, which seemed a risky feat for a woman on her own at the turn of the last century. I knew then that somewhere in her travels was a map waiting to be illustrated.

Known informally now as “the female Lawrence of Arabia,” Bell traveled all over the Middle East. She’s actually most famous for her work in Iraq, but because my initial focus was on Syria I decided to flesh out her adventures based on her 1907 book, The Desert and the Sown (originally titled “Syria”). The title is taken from an Omar Khayyám verse about the line that separates the explored and the unexplored, and Bell definitely made it her goal to travel past the sown into the dangerous and mostly unexplored desert.

The AppendixDangerous and mostly unexplored to the British, of course. England had a deep political interest in the region, one that would benefitted by casting its exploration as a romantic adventure and mission—never mind the people who lived there! But why was Bell in Syria in 1905, specifically?

CannonBy the winter of 1905 Bell was already an avid traveler and mountaineer, and she was even well acquainted with the Druze population, having explored the Hauran five years earlier. The greater goal of her 1905 journey was to visit ruins north of Damascus, although there’s no way she could have passed up seeing some of the great ruins south of Damascus that she missed during her first visit there. As noted on the map, most of the ancient buildings in the Hauran were built with a dark and very strong volcanic rock called basalt, which means that the region was—and still is—littered with many ruins from the last two millennia. Armed with the maps and travelogues of the few Western men who had explored this region before her, Bell used this trip to visit as many ruins as she could, even traveling far East into the dangerous Safa to do so.

CannonFrom Damascus Bell continued her journey north, spending a great deal of time in Ba’albek and eventually ending up in Antioch, in southern Turkey’s Orontes region. When The Desert and the Sown was published two years later, it presented Syria and its people to Western readers, and Bell herself was placed on a short list of female explorers who described their adventures in the “imperial travel narration” genre.

Bell’s interests in archaeology and politics would eventually take her to Baghdad where she helped Britain install Faisal ibn Husain as the puppet king of a new Iraqi government. In 1926 Bell would found the Baghdad Archaeological Museum, which opened two months before she died.

AppendixWere there any great details you couldn’t work in?

CannonIn Bell’s book and journal entries she describes the rich tapestry of the various populations that live and survive in the inhospitable Hauran region. As can be expected, the groups were often in conflict with each other, and Bell kept losing and adding guides as she traveled due to some men not wanting to cross certain boundaries. Bell describes all of this richly in her writings but I’m afraid that level of detail is missing from the map.

I was also surprised to find that Bell didn’t write much about the role of women in the Hauran. She does describe the wives of the Sheiks in some places, but only in the context of them being guests in the tents. Maybe Bell wasn’t particularly concerned about women on this trip or maybe she didn’t feel it was her role to discuss it, but its absence from the greater conversation about Syria and her Druze hosts struck me as odd.